Who gets the last laugh? The British, it seems, after a study out Friday revealed that Monty Python’s “Always Look on the Bright Side of Life” is the most-played song at funerals in the United Kingdom.

The relentlessly optimistic song was written by Eric Idle and first appeared in Monty Python’s biblical satire Life of Brian in 1979. The song tickled the funny bone of a generation with the juxtaposition of its lyrics—“If life seems jolly rotten, there’s something you’ve forgotten, and that’s to laugh and smile and dance and sing”—and the characters singing it in the comedy classic, a chorus of people being crucified on a hillside.

The findings come from a survey of more than 30,000 funerals in the UK by The Co-operative Funeralcare.

The irreverent track pushed out more traditional songs for the No. 1 spot, including “The Lord is My Shepherd” and “Abide with Me.”

The song lyrics do strike a particularly comforting note for a funeral.

So always look on the bright side… of death.

Other hit classics to make the Top 10 Most-Played list in the humor category include “Another One Bites the Dust” by Queen, “Ring of Fire,” by Johnny Cash, “Bat Out of Hell,” by Meat Loaf, and The Trammps’ “Disco Inferno”—“Buuuurn baby burn!”

Here’s a video of the folks from Monty Python singing this very song for one of their own.

Correction: The original version of this story misstated the movie in which the song “Always Look on the Bright Side of Life” first appeared and the year it was released. It was Life of Brian in 1979. 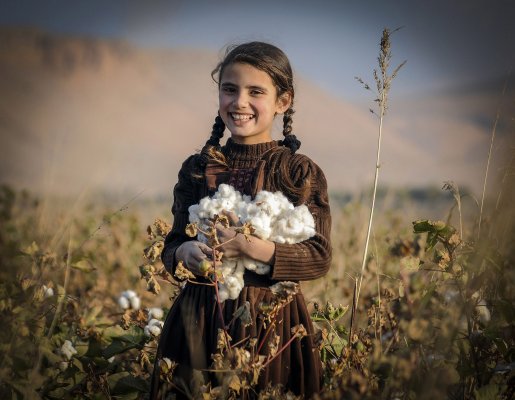 Feel Good Friday: 10 Photos to Start Your Weekend
Next Up: Editor's Pick