Iggy Azalea Confirms Collaboration With Britney Spears Is in the Works

While promoting her sleepwear line back in September, Britney Spears was asked who she’d most like to collaborate with. Her first answer: “Katy Perry.” And her second: “Iggy.” No word on whether Spears’ and Perry’s relationship will expand beyond trading compliments on one another’s full-body denim wear, but Iggy Azalea confirmed on Twitter yesterday that she and Spears have something cooking together.

A fan tweeted at the rapper, asking whether she would ever work with Spears. Azalea responded, short and sweet:

Beyond “amazing,” Azalea declined to provide further details on the project. It’s not yet clear whether the collaboration will appear on Spears’ next album — which she says is coming along “very slowly” and will likely be “very artsy-fartsy” — or Azalea’s, which may also be a way off, considering that The New Classic just came out this past April (with a re-release due out next week).

Though Azalea’s earlier work has drawn comparisons to Spears — her song “Nothing Like Me” actually sounds a lot like “Womanizer” — she’s much more squarely in the field of rap these days. And a rap-pop duet sounds more interesting than a Britney versus Britney clone duet. 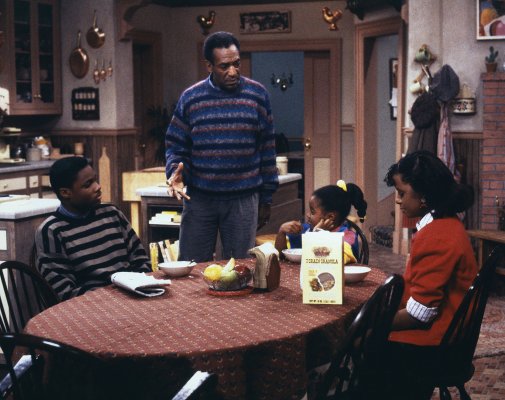 What to Do About The Cosby Show?
Next Up: Editor's Pick