Trevor Potter, Stephen Colbert’s “personal lawyer” for his SuperPac, is a former FEC Chairman and currently a member of the Caplin & Drysdale law firm and President of the Campaign Legal Center, a public interest law firm.

When I speak at law schools, I am always asked about the Colbert Super PAC “Americans for a Better Tomorrow, Tomorrow” and its sibling 501(c)(4), “Colbert Super PAC Shhh.” Almost every time, someone asks, “How did you and Stephen Colbert plan the story line of his coverage of money in politics?”

The assumption at law schools, where law professors create a course by designing a complete blueprint for each subject, is that Stephen’s two years of on-air legal conversations on money and politics issues were planned and scripted in advance. Stephen certainly offered the American public a course in modern campaign finance law, but there never was a master plan for the discovery of the American campaign finance system’s peculiarities. Instead, our serial discussion evolved in wonderful spontaneity, appropriate to Stephen’s belief in the power of improvisation. One conversation simply led logically to another—unless Stephen got that wild look in his eyes and said “What if I did…?” (like “run for President of South Carolina”), and then the dialogue took an unexpected turn.

The 2012 presidential election cycle was a remarkable time in the campaign finance field. Campaigns evolved in real time as they experimented with the new political vehicles known as Super PACs and explored the gray areas of election law. Along the way, Stephen effectively demonstrated the absurdities and workarounds in our campaign finance system through the creation of several legal entities: a non-connected PAC to raise money to influence elections, a Super PAC to raise unlimited contributions from corporations and labor unions, and a 501(c)(4) social welfare organization used to launder contributions to keep donors anonymous.

Finally, he was able to show America the loopholes (or “loop-chasms” as he called them) in the laws designed to regulate coordination between candidates and supposedly “independent” groups. By having his own Super PAC and 501(c)(4), Stephen could evolve right alongside the campaigns—or often be a step ahead of them. His understanding of the possibilities inherent in the legal confusion was keen enough to discover and exploit absurd legalities before it became clear that actual candidates and political activists were doing the same thing.

Working with Stephen, I quickly came to respect his quick and sharp intellect, including that skill so highly prized by lawyers: the ability to ingest and intellectually digest a large amount of information on an unfamiliar subject, distilling it into key questions and insights. The fact that he could do this with unfamiliar campaign finance legal concepts always amazed me; that he could then boil it all down to a 4 ½ minute on-air discussion and make it funny was pure genius. I told him at one point that if he ever wanted a different career, he would make the world’s best Supreme Court advocate. After all, the highest paid lawyers master the factual record of their case, apply a nuanced area of law, and present the breadth of this material to the justices in a digestible and persuasive manner. The only difference is that Supreme Court advocates have 30 minutes and Colbert had 4 ½.

Stephen, if you ever decide to move on from the entertainment industry, I would be happy to refer potential Supreme Court clients.

Trevor Potter, Stephen Colbert’s “personal lawyer” for his SuperPac, is a former FEC Chairman and currently a member of the Caplin & Drysdale law firm and President of the Campaign Legal Center, a public interest law firm. 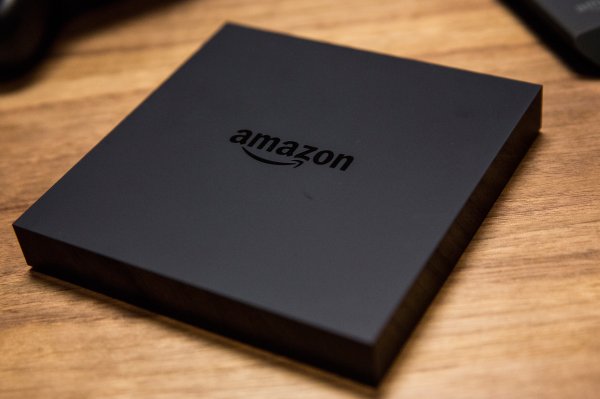 HBO Go Is Coming to the Amazon Fire TV
Next Up: Editor's Pick