Here's What Critics Said About The Colbert Report When It Premiered

When The Colbert Report began it’s nearly decade-long run in 2005—the show rolls its final credits on Dec. 18—viewers and critics were excited but nervous. Colbert’s blowhard persona had been a mainstay of The Daily Show, but many worried that, given a whole half-hour to anchor, the character would grow tiresome.

Even in the first few weeks, the jury was out.

“Unfortunately, in just two weeks on the air, this half-hour spoof of a no-spin-zone type show has already stretched Colbert’s character and the artifice that supports it past its natural breaking point,” wrote USA Today. “Colbert was an invaluable part of the Daily Show, but as the whole show, he’s not enough and too much simultaneously.” And New York magazine decided that one of Colbert’s rivals at Comedy Central, David Spade’s The Showbiz Show, was the better of the two. The Colbert Report, wrote critic Adam Sternbergh, “has problems so intrinsic as to be potentially unfixable.” (The Showbiz Show ended in 2007.) Even critics who liked the show, like Heather Havrilesky at Salon, found the show “foolish, bizarre, idiotic fun,” mostly interesting in regards to his characters spoof of Bill O’Reilly.

Still, when the consensus emerged, it was one that stuck: The show was great. “[H]e packs more wit and acid commentary in 22 minutes of his one-man show than multiple skits by the entire cast of ‘SNL,’” declared The New York Times, and the The Los Angeles Times said that “Colbert, with his young Republican haircut and dead-serious eyes, is a terrifically artful speaker; there may be no better reader of writing on TV than him.”

And here’s another reason to swagger: His legions of fans would say that the question of whether he’s too much to take—for 11 seasons, much less 30 minutes—seems as “foolish, bizarre, idiotic” as the character to whom they’re saying good-bye. 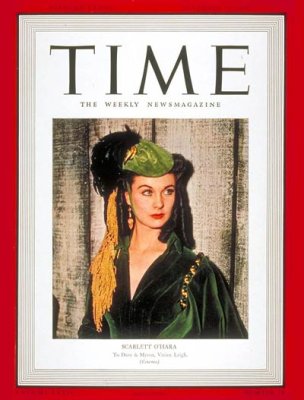 7 Things You Didn't Know About Gone With the Wind
Next Up: Editor's Pick