This is What Intersex Means

A longer version of LGBT is LGBTQQIA, which stands for lesbian, gay, bisexual, transgender, queer, questioning, intersex and allies. The last few letters tend to get far less attention than the first, but a woman who claimed she was dating the Olympic swimmer Michael Phelps at the time of his DUI recently has raised interest in the “I.”

“The truth is I have been living with secrets my whole life,” Taylor Lianne Chandler wrote on Facebook on Nov. 13. “I was born intersex and named David Roy Fitch at birth.”

Intersex is a term that refers to someone whose anatomy or genetics at birth—the X and Y chromosomes that are usually XX for women and XY for men—do not correspond to the typical expectations for either sex. The “I” is distinct from the “T” for transgender people, who are typically born with a biological sex that fits the norm for male or female and then grow up to identify with the opposite gender. Intersex babies are not obviously male or female to begin with, according to society’s general rules about what one’s physical characteristics and chromosomal makeup are supposed to signify.

As University of Oregon professor and intersex expert Elizabeth Reis writes in her book Bodies in Doubt, “In the United States and most other places, humans are men or they are women; they may not be neither or both. Yet not all bodies are clearly male or female.” That may mean a child has typical female chromosomes and ovaries but external bodies parts of a male. Or it could mean the body parts that a doctor typically looks to when declaring a baby to be a girl or boy are incompletely formed, or ambiguous. Sometimes it’s clear in the delivery room, sometimes intersex people don’t become aware of their status until they are teenagers and puberty doesn’t happen as expected.

Performing surgery on an intersex baby is controversial. In South Carolina, the parents of an adopted intersex child are suing a hospital and its employees for surgically assigning “M.C.’s” sex as female at 16-months-old. Now around 10 years old, the child identifies as a boy. “Genital ‘normalizing’ surgery does not create or cement a gender identity; it just takes tissue away that the patient may want later,” writes the Intersex Society of North America in their position statement. Some in the intersex community choose not to have any medically unnecessary surgeries to change how they were born, even after they are old enough to identify their own gender and sexual orientation.

Though it’s hard to say exactly how common being intersex is (since it’s debatable which people belong under that umbrella term), medical experts say that genital anomalies occur in about 1 in 2,000 babies.

It’s worth noting that the word hermaphrodite is considered insensitive and stigmatizing by many who see it as “vague, demeaning, and sensationalistic, conjuring mythic images of monsters and freaks,” as Reis writes. Some parents have also balked at the word intersex, pushed by activists in the 1990s, feeling it suggests their child has a third gender and can not be a girl or a boy. In the medical establishment, the wide variety of conditions that might be referred to as intersex are typically referred to as disorders of sex development. Reis has advocated shifting that to divergence of sex development, to avoid the connotations of disorder, much as gender identity disorder was rebranded gender dysphoria by medical professionals addressing transgender people. 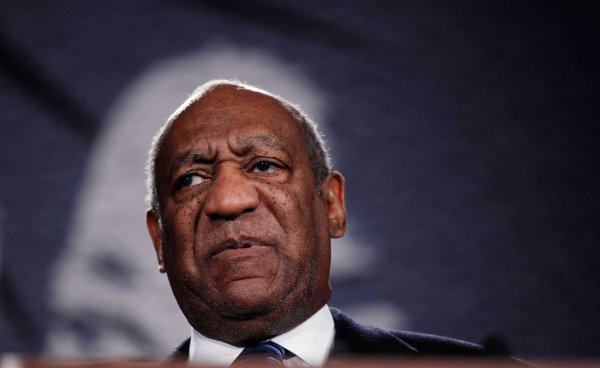 How Herman Cain and President Obama Brought Down Bill Cosby
Next Up: Editor's Pick