A TV Network Should Buy Aereo. Here's Why.

In this photo illustration, Aereo.com, a web service that provides television shows online, is shown on an iPhone 4S on April 22, 2014 in New York City.
Andrew Burton—Getty Images
By Alex Fitzpatrick

Aereo, an ambitious startup that aimed to stream live broadcast television to subscribers for a small monthly fee, filed for bankruptcy Friday, months after a devastating loss at the Supreme Court. But it doesn’t have to end this way.

Aereo worked by giving each of its subscribers access to a tiny antenna that picked up broadcast television signals, which were then stored in a cloud server before being beamed over the Internet to users’ laptops or mobile devices, either almost live or well after-the-fact via DVR technology. Subscribers paid about $8 a month for the service, even though broadcasters like NBC and Fox give away their content for free to anyone with an antenna in range of their transmitters, making most of their profits from advertising.

But advertising isn’t the broadcasters’ only revenue stream. Cable companies like Time Warner Cable have for years been legally required to pay broadcasters for the right to retransmit their content to cable subscribers. What sparked the Aereo case is that Aereo didn’t pay those fees, which make up an increasingly large slice of the broadcasters’ revenues. So broadcast networks, including CBS, NBC, ABC and Fox, sued Aereo on copyright grounds. The case ultimately found its way to the Supreme Court, which in June sided against Aereo. Aereo then tried a few legal hail-marys to try saving its business, but as prime Aereo backer Barry Diller admitted over the summer, the game was over once the Court’s gavel was struck.

What I have trouble moving past is that Aereo wasn’t really charging for content, as everything you could watch on the service was free anyway. It was charging for convenience — You could watch Aereo on a laptop or iPhone, and it gave customers access to a cloud-based DVR to store their favorite shows. It also made up for the fact that, here in building-packed New York City at least, the free, over-the-air broadcasts are often difficult to watch with a regular TV aerial. Most of the people I know who used Aereo here did so because they couldn’t get reliable signals from the broadcasters. In this sense, Aereo addressed a technical failure, too. With those factors combined, Aereo was certainly worth eight bucks a month.

The broadcast networks used the courts to pummel Aereo into submission, suing a potential industry disruptor out of existence. But instead of walking away smiling, those broadcasters should realize Aereo only foreshadowed a massive industry shakeup that will change everything about television. As more people cut the cord and switch to on-demand services like Netflix and HBO Go (with the latter soon to be available without a cable subscription), cable television will slowly die out — and take those lucrative retransmission fees with them as it goes. CBS, at least, sees the writing on the door: It’s launching an innovative subscription-based online service, from which it’ll likely make money off ads, too. More broadcasters should realize that cable TV is the past, not the future. And what better, bolder move to make than buying Aereo? 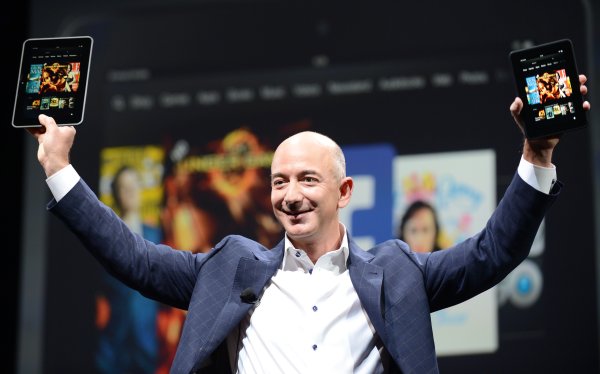 Amazon Kindle Users Are Getting the Washington Post for Free
Next Up: Editor's Pick