How TIME Secured Its First Interview with Osama bin Laden

After the car carrying Sheik Abdullah Azzam hit a land mine, on this day 25 years ago — Nov. 24, 1989 — it took years for TIME to take note of what had come to pass: Azzam’s death meant that his number-two in the jihadi organization Azzam had founded would come to lead the movement.

That man was named Osama bin Laden. It was 25 years ago that he went from being a financier and deputy to the top global proponent of jihad.

Bin Laden received a small mention in TIME in 1993 in a list of figures related to the history of fighting in Afghanistan — but in 1996 the magazine’s Scott MacLeod secured an exclusive interview. Here’s how it happened, as he would describe in the May 6 issue of that year:

The final story functions more as an introduction to extremism than as a profile of the man in question, but it nevertheless appears to hint at what the world now knows was the extent of his influence.

Read the full story here in the TIME Vault: The Palladin of Jihad 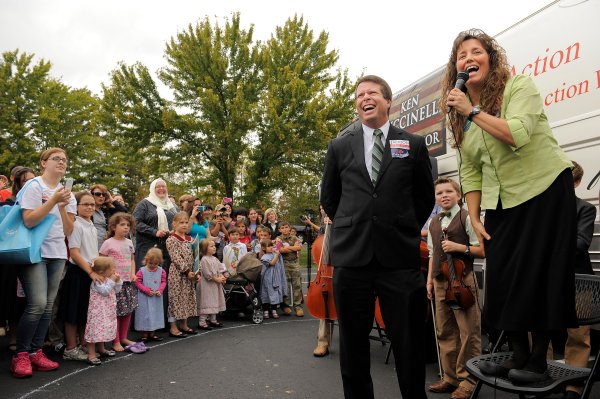 Thank You, Duggars, Your Homophobia Is Really a Public Service
Next Up: Editor's Pick