Your Pharmacist Called. You Owe $1.3 trillion

Here’s a shocker: global spending on drugs is going up. Way up.

A new report from IMS Institute for Healthcare Informatics projects the world will shell out $1.3 trillion for medications in 2018, a 30% increase over the figure in 2013.

The proliferation of new, pricey specialty medications like Sovaldi, Gilead’s $84,000 Hepatitis C wonder drug, has something to do with this spending increase, particularly in developed markets, but so does an aging population and increased accessibility of healthcare around the globe.

Take the U.S., the world’s largest drug market, where spending is forecast to rise 11.7% in 2014. New innovative treatments— particularly for cancer, diabetes, and autoimmune disorders—are one bigger driver for this, but so is Obamacare, which has expanded the number of individuals receiving medical care. (The spending increase in the U.S. this year was particularly dramatic because of the small number of drugs that went off patent. Also, the $1.3 trillion figure does not reflect the impact of rebates and discounts, pricing adjustments that are increasingly common in the modern health care landscape.)

A growing middle class and the adoption of universal healthcare is fueling drug spending in other parts of the world. Generics, rather than branded drugs, dominate these markets: IMS predicts spending on pain medication, the largest category of drugs in developing marketing, will increase roughly 10% annually. (IMS pegs the compound annual growth rate at between 8% and 11%.)

The rise in drug spending isn’t inexorable. The research firm points out that France and Spain are likely to see drug spending decrease, thanks in part to cost containment efforts.

The world is in a relative sweet spot for drug innovation. Whisked along by the FDA’s new breakthrough drug designations, the number of launches of novel medications will remain high in the coming years, IMS says. That’s particularly true in oncology. Cancer drugs account for 30% of the world’s pharmaceutical pipeline, and sales are expected to top $100 billion in 2018, largely because of breakthrough immunotherapy treatments. 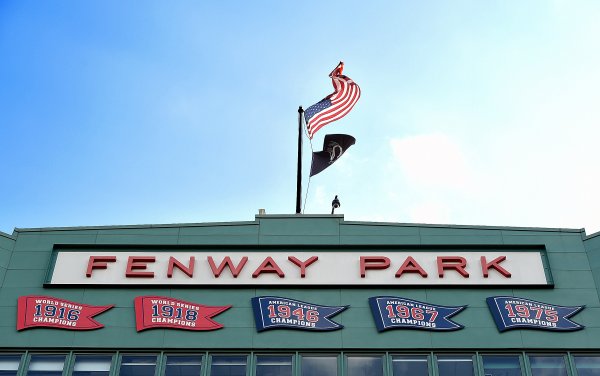 These Cities Have the Highest Rents in the Country
Next Up: Editor's Pick