A drug called cidofovir that’s already used to target viruses could also be used as part of a novel way to treat cervical cancer.

In new research presented at an annual Symposium on Molecular Targets and Cancer Therapeutics in Barcelona, Spain, researchers tested cidofovir in tandem with chemotherapy and found that the drug caused shrinkage of cervical cancer tumors in all of the trial participants, and in 80% of the patients the tumors disappeared completely. The combination also showed no toxic side effects.

The clinical trial was small with only 15 women, who received doses of the drug weekly for two weeks, and then every two weeks after chemoradiation started.

One of the side effects of cidofovir can be kidney damage, but there was no damage observed in the participants, suggesting the dosage was safe. The researchers hope to move on to a phase II and phase III trial to look at how the drug impacts overall survival.

In the U.S. alone, about 12,000 women get cervical cancer each year. Human papillomavirus (HPV) is a very common STD, and it’s also the most common cause of cervical cancer. But cervical cancer is a common disease worldwide, and the researchers, lead by Eric Deutsch, a professor of radiation oncology at the Institut Gustave Roussy, Villejuif, France, say they see their drug treatment being very cost effective for low-income countries since it’s now available off patent.

That’s another reason it’s hard to get the support for the research. “This is also why it has taken us more than ten years to move from the first preclinical data to a phase I trial,” said Deutsch in a statement. “Due to lack of interest and support from the pharmaceutical industry, the trial had to be performed with 100% academic funding.” 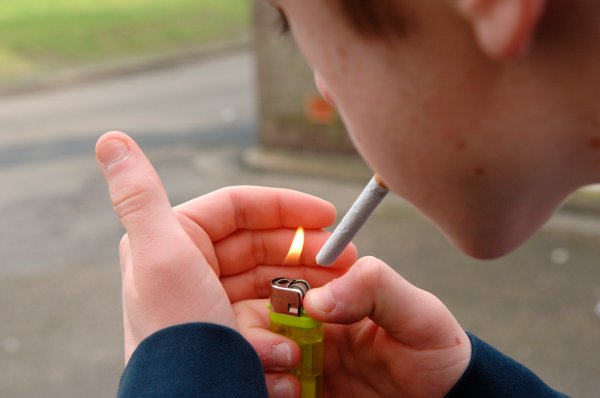 1 in 5 High Schoolers Admits Smoking
Next Up: Editor's Pick