National weather forecasters are predicting that yet another one to three feet of snow will likely fall over western New York state during the next 48 hours after a mammoth winter storm earlier this week.

The forecasts come as the National Weather Service warned late Wednesday that existing snow loads on buildings in affected areas may be reaching their “critical levels and result in structural failure.”

The unwelcome news surfaced after large swaths of Erie Country were blanketed with more than five feet of snow, leading to driving bans and the closure of 140 miles of New York’s major transport artery Interstate 90.

In Buffalo, officials scrambled to respond to the crisis. During a press conference on Wednesday, Mayor Bryon Brown said municipal authorities successfully removed 5,000 tons of snow from the city’s south side but insisted that residents continue to adhere to a newly instituted driving ban. At least seven people have been killed in the area as result of the storm.

“It’s going to get worse in some ways before it gets better.” Cuomo told reporters. “This is a very difficult situation to deal with.” 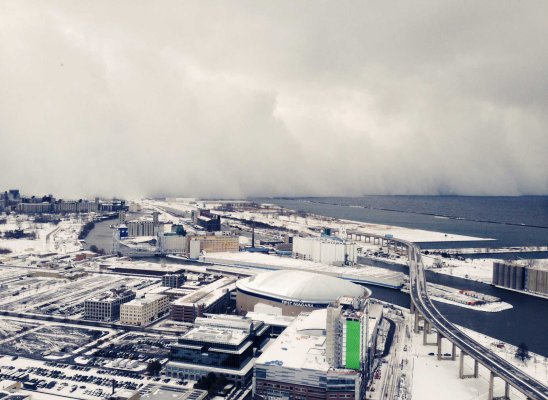 What Is Lake-Effect Snow? (Hint: It Involves a Lake)
Next Up: Editor's Pick