TV Land Pulls The Cosby Show From Its Lineup

This Nov. 11, 2014, file photo shows entertainer and Navy veteran Bill Cosby speaking during a Veterans Day ceremony, at the The All Wars Memorial to Colored Soldiers and Sailors in Philadelphia.
Matt Rourke—AP
By Maya Rhodan

The Cosby Show is the latest casualty of Bill Cosby’s career as he faces increasing public scrutiny over new and long-existing allegations of sexual assault.

The nostalgia network TV Land was set to air several marathons of the beloved ’80s family sitcom, but on Wednesday pulled all re-runs of the show from its schedule, according to the Hollywood Reporter. If you try to search for clips of the show on the TV Land website, an error message appears. Centric, another Viacom-owned network, also airs episodes of the show. No word yet on whether the show will air on the network.

Actress Raven Symone, who played one of the Huxtable children on The Cosby Show, on Wednesday addressed allegations that Cosby abused her while she was on the NBC smash. In an Instagram post she wrote, “I was practically a baby on that show and this is truly a disgusting rumor that I want no part of! Everyone on that show treated me with nothing but kindness. Now keep me out of this!”

The network is the latest to distance itself from the embattled star, who has yet to publicly respond to the resurfaced allegations. Netflix has postponed the release of a stand-up special scheduled to air on Nov. 28. NBC announced it would not be developing a planned Cosby sitcom in the immediate future.

Two women have come forward within the past week accusing Cosby of sexual assault, bumping the total number of women who have accused the star up to 15.

Read More: Here’s Everything We Know (And Don’t Know) About the Bill Cosby Rape Allegations 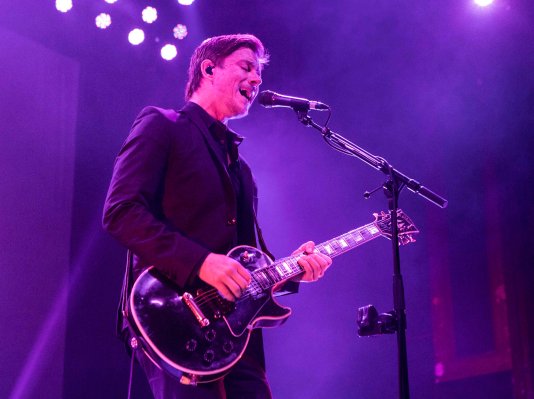 Massive Snowstorm Traps Band Interpol for Over 40 Hours
Next Up: Editor's Pick