Benedict Cumberbatch Talks About Playing the Role of the Genius

Geniuses, no matter how smart or intimidating, still have some things in common with the rest of us.

Benedict Cumberbatch says of portraying them, “It’s also, actually, the great gift I suppose — is to realize that they’re bound by the human condition. They’re blood and flesh like us. They live in the same worlds as us.”

Cumberbatch is no stranger to portraying individuals of remarkable intelligence, having taken on roles ranging from Star Trek‘s super-human Khan to Alan Turing in the upcoming film The Imitation Game.

“I suppose being remarkably stupid in comparison to any of these people’s abilities is difficult sometimes, but that only really manifests when you’re actually asked to do something that they can do,” says Cumberbatch.

For example? Playing the violin as Sherlock Holmes.

Above, watch Cumberbatch reflect on his past roles and what he relishes about the experiences. 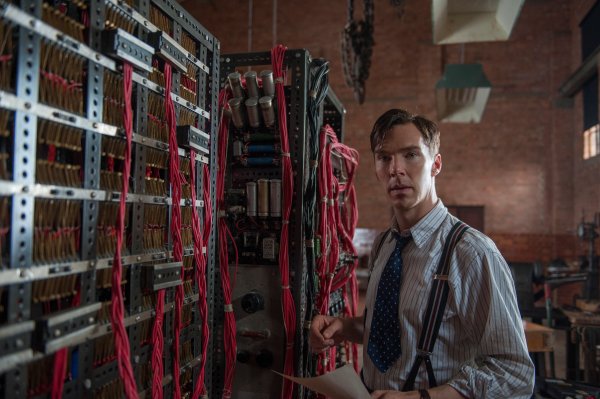 Review: The Imitation Game: Dancing With Dr. Strange
Next Up: Editor's Pick