As it turned out, Obama had arranged to start speaking at the very moment Univision, America’s largest Spanish-language television network, planned to begin broadcasting the 2015 Latin Grammy Awards, one of the network’s biggest shows of the year, with a 2014 viewership of nearly 10 million.

Indeed, Univision promptly announced that it would delay the start of the live event to take Obama’s remarks, in translation, ensuring the President a massive platform in the most crucial political demographic, even as many of the English-language networks said they would skip the address. The chances are high that the leading lights of Latin pop music will follow up his words tonight with on-stage celebrations of the President’s actions.

The White House, not to mention its Republican rivals, long ago learned the power of a network most American cannot even understand. And at the center of that network is one of the most aggressive and influential newsmen in America, Jorge Ramos, who I profile in this week’s TIME magazine. (The full article is available to subscribers. Subscribe here for the print and digital versions; it costs just $40 a year.)

It is an exciting time for Ramos, who in recent years has remade himself as a bilingual journalist agitator, fighting for his audience to get immigration reforms in the United States and political reformation in his native Mexico. “It’ll be a triumph for the Latino community,” Ramos wrote to me in an email yesterday, after the President’s announcement was set. “It’ll demonstrate our newfound power. This is not something that we got; this is something that we fought for.”

For Ramos, the importance of the move was difficult to overstate. “This will be the most important immigration measure in 50 years—since the 1965 change in immigration law. In terms of numbers, it’ll have a wider impact than the 1986 amnesty,” he continued. “Although, it’ll be temporary, Republicans will have a very hard time rejecting it and not being seen as anti-immigrant or anti-Latino. Also, this will have a tremendous impact on the 2016 presidential campaign.”

If you don’t know who Ramos is, you probably will soon. He is the host to Noticiero Univision, a nightly Spanish language newscast; Al Punto, a Spanish-language Sunday political show and America with Jorge Ramos, an English language news magazine on Fusion. (His Univision news shows regularly beat their English language rivals among young viewers.) He writes a bilingual newspaper column that published internationally, and appears regularly as a pundit on English-language cable networks, like CNN and MSNBC. Polls among the U.S. Latino community rank him as the most trusted and influential Hispanic in America, beating all other political leaders, and his Q-score among Latino audiences places him between soccer magus Lionel Messi and the pop starlet Shakira.

You can read more about him, his activism, and his troublemaking approach to journalism in the magazine. But I have posted below some lightly edited excerpts from one of our interviews. We spoke about the scandals in Mexico, his past interviews with Mexico’s current President and some allegations that have been hurled against Grupo Televisa, the Mexican media giant that is one of the owners of Univision. We also spoke about the difficult balance he strikes between journalist and advocate.

TIME: So if you say that if [Obama grants legal status to] two million, the White House is being too timid. How do you know? What are you basing that on?

JORGE RAMOS: It’s very simple. We have at least eleven million people who are in this country as undocumented, without papers. So if you’re only going to help two million, it is not enough. It is clearly timid and wouldn’t be bold enough. Of course you will change the lives of two million people. But it is not what is expected from the community. And we’ve got to say that. The problem has to do with the expectations. When Obama came to power in 2008, right before the election, he promised us that he was going to introduce immigration reform during his first year in office.

What is the outer edge of how far you would be willing to go as a journalist who wants to advocate for his audience?

The limit is, I am a registered Independent. I would never say to whom I vote. I would never pressure anyone to vote for one party or another. That would be way too much.

What is your role as one of the few journalists from Latin America who can actually get [interviews with Latin American political leaders] interviews on television, and then ask whatever question you want? Do you feel an accountability role for those countries? Are you serving those populations too?

Well what I can tell you for instance is I feel with much more freedom to ask those questions. Because I can come back to the States and enjoy complete freedom of speech. If I had stayed in Mexico, instead of coming to the United States, I am absolutely convinced that I would have been a censored journalist. And a very sad one. Because I wouldn’t have been able to ask the same questions that I ask from this side of the border. There’s no question about it. There’s no question that I have more freedom than many journalists in Mexico who are criticizing the Mexican president.

Do you think [Mexican President Enrique] Peña Nieto lied to you when he said I’m not a millionaire?

In one of your columns recently you suggested that it wouldn’t be a bad idea if the Mexican legislature to try to take him from office?

You were suggesting it, no?

I’m reporting that there are thousands of Mexican who want Peña Nieto to quit, no? To resign. So here’s what I think our role as journalists—Congress is not investigating Peña Nieto. The Attorney General is not investigating Peña Nieto. Most of the media in Mexico are not questioning Peña Nieto. So somebody has to do it. And I think it is our role to do that. Precisely to do that. And I have the opportunity to do it from the United States to question what Peña Nieto is doing, what President Maduro is doing in Venezuela. With much more freedom than Mexican and Venezuelan journalists. I mean there is no freedom of speech in Venezuela. So how can you question President Maduro from Venezuela?

Do you think Televisa played a nontransparent role in the election of Peña Nieto?

What I can say is that Peña Nieto spent much more, much, much more than all the other candidates. And that millions of Mexicans question if he won fairly, no? And that’s – and that might be even an understatement. And that’s why Peña Nieto I think right now is having serious problems. Not only with his complete failure when it comes to security issues. And a questionable house owned by his wife. But also in terms of being legitimate in front of millions of Mexicans who don’t think that he won fairly.

My favorite line from [your book] Lo Que Vi is where you say that the joy of being a journalist is that you can preserve the restlessness and rebelliousness of youth.

That’s beautiful. I’m 56 and I still have the privilege of acting as a young reporter. Which is beautiful. Because when you’re young, young, you’re questioning everything. As a journalist you are forced to question everyone all the time. And therefore stay young, no? And that’s the beautiful part. And then, what I found fascinating about our profession is that you can actually talk to those who are never used to being questioned. And look, it’s only—we consider it only philosophically as journalists that it is truly our role to question those who are in power. And I think our most important social responsibility is to make sure that they don’t abuse their power. And I think this comes from being brought up in a very close, censored society like the Mexican society. But then, if I apply the same model here to the United States, then I very early understood that my role was to represent a minority. To represent Latinos, and especially to represent immigrants. For many different reasons. First because I’m an immigrant. I mean I can’t avoid that.

In one of the Fusion pieces you did on the border, you were standing next to the fence and you said it reminds you of the Berlin Wall. Why?

Because it is incredible, that nowadays you have open borders in Europe. And that’s a taboo issue here in the United States. I mean you can go – a few months ago I went from Spain to France, I paid 6 Euros at the border. There was no police, no agent, no one stopping me. And here in the United States, we can’t even discuss the possibility of something like that. I’m not arguing for open borders. But it’s a taboo issue.

Do you feel that your responsibility at Univision or here is to challenge your audience as well? The representing them and talking about DREAMERS and talking about what Boehner’s obstructing. Do you try and do stories on the other side of immigration? Like the unions being upset that wages on jobs are going down in meat packingplants because there’s undocumented workers working in them?

Of course, yeah but I think we have to concentrate on the really big issues. And the really big issues is that you have a community that is underrepresented politically. You have a community with eleven million people who are living in the shadows and in fear. And we only have three senators. We are 17% of the population. And we only have three senators.

And two of them don’t say what most of the population [says on immigration].

Exactly. So I think that explains why our role on Univision and on Fusion is different than what you would expect from NBC, ABC, or CBS, CNN and Fox News. Because a population who has no voice, or very little, or very few voices, needs to express themselves. I mean who is going to speak for all of the immigrants in this country? I mean who is going to tell John Boehner that he is blocking immigration reform? I mean, who is going to say that? It was – in an ideal world, one Latino senator and many members of congress of Hispanic origin would have gone to Boehner and told him in his face, you’re blocking immigration reform. That didn’t happen. So it is our role to do that.

Democrats [have] said—and you know these people and they’ve said it to you—that you’ve been unfair to the President because he’s the greatest President ever for the Latino community if you look at his push for minimum wage which disproportionally helps [Latinos], Obamacare covering Latinos disproportionately, economic progress, there are some measures that Latinos are improving, coming out of poverty quicker than others. What do you say to that criticism?

Well that he just didn’t keep his promise in the most important, symbolic issue for Latinos. When you have a community in which one out of two members is a foreigner, and you don’t deal with that issue as you promised, of course you’re going to be criticized. But I think I’ve been – as a journalist more than being objective, I think my role is to try to be fair. I try to be fair with both democrats and Republicans. I criticize fiercely President Obama for not keeping his word. For delaying action on immigration. And I’ve criticized fiercely Republicans for blocking immigration reform. They will lose the White House if they continue doing that. So I think, in that sense, I’ve been fair, or if you want, unfair to both. 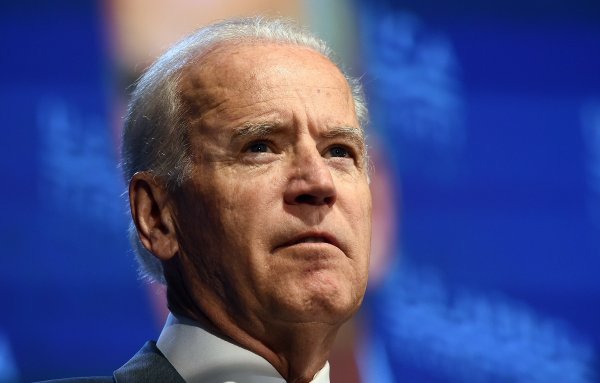 Eric Cantor's Secrets for Negotiating with Joe Biden
Next Up: Editor's Pick