See Why Benedict Cumberbatch Is So Photogenic

Benedict Cumberbatch’s face doesn’t have a good side or a bad side — he’s very symmetrical, says photographer Dan Winters, who shot him for this week’s TIME cover.

“I’m not as concerned as I would normally have to be about where I’m positioning him, where I’m lighting from,” says Winters. “A lot of actors are pretty asymmetrical, and you have to work around that.”

In the cover image, Cumberbatch is seated behind a table, framed by both real and recreated World War II items: a rare vintage Enigma machine, a bomb wheel made by Winters, and more. The setup was meant to capture Cumberbatch as an actor with a nod to his upcoming film, The Imitation Game, says Winters.

“He showed up with a cool and modern retro version of what he wore in the film — something, he told me, he thought Turing would have worn if alive today,” Winters told TIME LightBox. “He had done his work and we used that in the shoot.”

The resulting mood of the photo was “quiet, a little pensive, sort of contemplative.” And yes, Cumberbatch looks great in it. 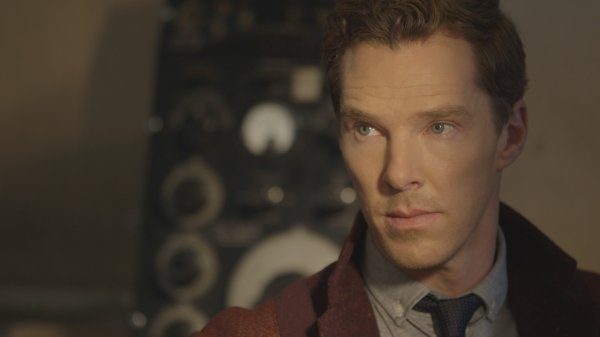 Benedict Cumberbatch on Playing the Role of the Genius
Next Up: Editor's Pick