In Nintendo’s wildly popular fighting game series Super Smash Bros., action figures spring to life so they can pummel each other in multiplayer bouts. When the next installment in the series debuts Friday on the Wii U, that fantasy will actually come close to reality. Along with the new game, Nintendo is launching a line of toy figurines that can actually be transferred into the digital world of Smash Bros. to fight against the game’s rowdy characters.

The new toys, called amiibo, are the latest entrants in the rapidly growing “toys to life” sector, a melding of the physical toys of yesteryear and the software kids now enjoy on their tablets and video game consoles. The idea is to expand the play kids are already enjoying in virtual games into the physical world—and let video game companies generate a tidy profit selling figurines and peripherals in the process.

The concept was first proven a hit by Activision, which launched its Skylanders video game franchise in 2011. In that series, gamers can purchase dozens of different figurines embedded with an electronic chip. When players place the figures on a special peripheral that can scan the chip, the characters are transported into Skylanders‘ virtual world. As the character levels up in the virtual world, so does the figurine. If a kid takes his figure over to a friend’s house to play, it’ll retain the same data from his own game.

“By combining the immersive world of video games with the physical connection that kids have with action figures, it was incredibly powerful,” says John Coyne, Activision’s senior vice president of consumer marketing.

While Activision made toys-to-life games viable, Disney has been able to leverage its massive trove of iconic intellectual property to popularize the genre even more. The company’s Disney Infinity series uses technology like that used by Skylanders to let gamers place their figurine characters into virtual worlds based on hit Disney properties like Brave and Lilo & Stitch. A separate, open-ended mode lets players create their own worlds, populate them with Disney characters and share them online.

“It’s very much about building things in there and kind of telling your own stories,” says John Blackburn, senior vice president and general manager of Disney Infinity.

Experts say these titles have been a hit because they spark kids’ imaginations more than a traditional video game can. “It’s really an extension of what kids want naturally, which is to not really have parameters in how they play,” says Liam Callahan, an analyst at research firm NPD. “It’s about breaking down that barrier.”

Skylanders and Disney Infinity have generated $600 million in software sales and nearly $1 billion in hardware sales in the U.S. between them since the genre was first introduced in 2011, according to NPD. Sales in the sector have risen 22% in the last year. Exactly who’s leading the market is a point of contention—Disney Infinity sold more than any version of Skylanders in 2013, but the latest version of Skylanders outsold Disney’s new Marvel-focused Infinity game in October.

It’s not yet clear how Nintendo will fit into this increasingly competitive space. Skylanders and Disney Infinity perform best on Nintendo consoles, according to NPD, which means Nintendo already has a user base actively interested in toys-to-life games. The strength of Nintendo’s intellectual property is also a selling point, as is the ability to use amiibo in games across different genres on the company’s Wii U system, like Super Smash Bros. and Mario Kart 8. “These characters have tremendous fan bases already,” says Scott Moffitt, Nintendo of America’s executive vice president for sales and marketing.

Whether these titles will become a permanent fixture in gaming remains to be seen. A few years ago, millions of gamers were buying plastic musical instruments to play games like Rock Band and Guitar Hero—now those titles are forgotten in bargain bins. But toys-to-life titles may evolve in more dynamic ways than past gaming fads. A new entrant called Anki Drive, for instance, has melded a mobile game with actual stock cars that players can race on a physical track, directing them with a smartphone and the cars’ built-in AI. The cars saw limited retail exposure in 2013 but will be available at Toys R Us and Target this holiday season.

The Anki Drive game uses AI-enabled stock cars that players can control with their smartphones.
Anki

The success of these physical toys in an age when apps dominate our lives shows that the next generation doesn’t want play with only their thumbs — there’s hope yet for the real world. “At the end of the day, it’s still very classic play,” says Chris Byrne, a toy industry analyst at Time to Play Magazine. “The technology has just made the toy box bigger.” 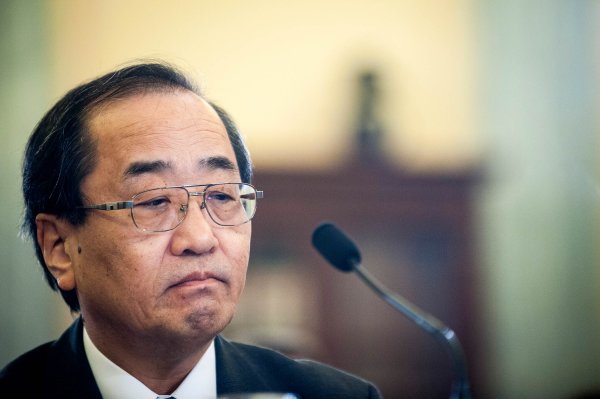 Everything You Need to Know About Takata's Air-Bag Recall
Next Up: Editor's Pick