Smoking News to Make You Cringe

We know today that cigarette smoking causes serious diseases in every organ of the body, including lung cancer, diabetes, colorectal and liver cancer, rheumatoid arthritis, erectile dysfunction, age-related macular degeneration, and more. Tobacco use rakes up more than $96 billion a year in medical costs, and it’s estimated that 42.1 million people, or 18.1% of all adults in the U.S. smoke cigarettes.

This year marked the 50th anniversary of the historic 1964 Surgeon General’s report that concluded that smoking caused lung cancer, and should be avoided. Before then, smoking messaging was depressingly inaccurate. Despite concerns — initially from a small minority of medical experts — the tobacco industry boomed in the U.S., and even doctors considered the effects of cigarettes to be benign.

Here are some examples of tobacco-related beliefs that appeared through the years in TIME Magazine:

1923: In an article about a recent compilation of smoking-related data, TIME was mostly concerned with whether smoking made people more or less brainy: “The outstanding fact of this survey is that every man in the literary group smokes, and the majority of the literary women. Moreover, most of them consider its effects beneficial, and claim that their literary and imaginative powers are stimulated by it.” And later: “From the laboratory data, the author concludes that it is impossible to say that tobacco smoking will retard the intellectual processes of any one person, but in a large group it may be predicted that the majority will be slightly retarded.”

1928: Some experts tried early on to warn about the effect of nicotine, but were met with resistance. In an article about a researcher presenting data on nicotine and the brain, TIME writes: “Many U. S. doctors have contended and often hoped to prove that smoking does no harm. In Newark, N. J., five children of the Fillimon family have been smoking full-sized cigars since the age of two. The oldest, Frank, 11, now averages five cigars a day. All of these children appear healthy, go to school regularly, get good grades.”

1935: Questions began to be raised about the effects on infants, though uptake was limited: “Physiologists agree that smoking does no more harm to a woman than to a man, if harm there be. According to many investigators, the only circumstances under which a woman should not smoke are while she has anesthetic gas in her lungs (she might explode), and while she produces milk for her baby. Milk drains from the blood of a smoking mother those smoke ingredients which please her, but may not agree with her nursling.”

1938 Even if there might be adverse health events for some smokers, not all physicians agreed it was a universal risk: “In step with a recent upsurge of articles on smoking, in the current issue of Scribner’s, Mr. Furnas offers several anti-smoking aids for what they are worth. Samples: 1) wash out the mouth with a weak solution of silver nitrate which ‘makes a smoke taste as if it had been cured in sour milk’; 2) chew candied ginger, gentian, or camomile; 3) to occupy the hands smoke a prop cigaret. For many a smoker, however, this facetious advice may be unnecessary, since many a doctor has come to the conclusion that, no matter what else it may do to you, smoking does not injure the heart of a healthy person.”

1962 More evidence was linking tobacco to cancer, and some groups were trying to get pregnant women to quit out of potential risks to the child, but still: “Some doctors, though, see no direct connection between smoking and prematurity; they argue that the problem is a matter of temperament, that high-strung women who smoke would have a high proportion of “preemies” anyway.” 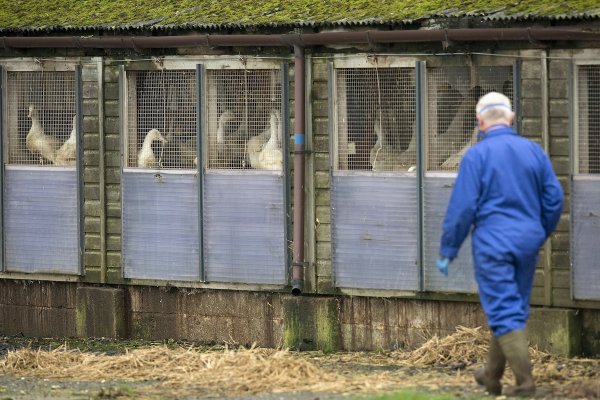 Bird Flu Returns: What Past Outbreaks Can Teach Us
Next Up: Editor's Pick