The Italian judge who sentenced Amanda Knox to 28 years in prison this week for murdering her British roommate Meredith Kercher said Saturday he struggled with the verdict, calling it a “difficult” decision to sentence Knox and her boyfriend.

Judge Alessandro Nencini said his conviction of Knox for the 2007 murder of Kercher was not an easy one to make, describing the sentencing as “emotionally tough,” reports the Associated Press.

“I can say that in all these months, and in particular in the last meeting, we sensed the gravity of a sentence against young people and entire families,” Nencini said. “This is something that has affected many lives.”

Knox, a Seattle native who was studying in Perugia at the time of her roommate’s murder, was acquitted in 2011 along with her Italian ex-boyfriend, Raffaele Sollecito. Both were found guilty on Thursday after a retrial.

Sollecito declined to testify in the retrial, but attended the morning session of Thursday’s court hearing. He drove to Austria during the court’s deliberation before returning to Italy, and has reportedly handed his passport over to authorities. Knox has said she will never “willingly” return to Italy. 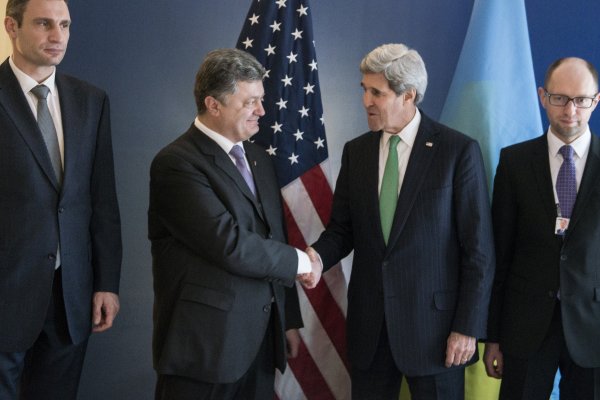 Kerry: We Stand With Ukraine's People
Next Up: Editor's Pick