“We’re currently losing more veterans to suicide than to enemy action. If you ever confront another veteran and they tell you they never thought about killing themselves, they’re lying.” — Steven Diaz, veteran of the 2003 Iraq War

With millions of veterans from the Iraq and Afghanistan wars returning home with post-traumatic stress disorder (PTSD), Dutch filmmakers and writers Arnold van Bruggen and Tomas Kaan were looking for a way to raise awareness of the issue among younger people. “People in their twenties and thirties are more likely to have friends, neighbors, cousins, nieces, schoolmates who came back from war or from a military mission,” says van Bruggen. “They are the people who should be more aware of PTSD and what many veterans are going through. They could be the first-response team, so to speak.”

So when they came across “Hidden Wounds,” a song by the Belgium rock band dEUS, “the idea of a documentary immediately popped up,” says van Bruggen. The song tells the true story of an English war veteran, Jimmy Johnson, who, after serving in the British Army in Northern Ireland in the 1970s, saw his marriage disintegrate. He started drinking “and during a panic attack, brought on by a sudden, intense noise, he murdered an innocent man,” says van Bruggen. “He spent years in prison and, shortly after his release, killed again.” Johnson, who pleaded guilty on both counts, has spent his time in prison spearheading a campaign to raise awareness around the issue of PTSD.

“When we started working to transform the story of the song into a documentary, we originally wanted to make a longer documentary on Jimmy Johnson and tear the song apart,” says van Bruggen. “But Johnson is still in a high security jail in Northern England, so there was no way we could film him properly.”

Instead, van Bruggen and Kaan decided to make Johnson’s story more universal. “We started looking for veterans in the Netherlands, Belgium, the U.K. and the United States.” Their goal was to bring together these veterans’ individual stories in a bid to show how commonplace and devastating PTSD had become.

Hidden Wounds is a seven-minute music video featuring 24 veterans with dEUS’s lead singer, Tom Barman. In the video, the veterans share snippets of their experiences dealing with PTSD, with Barman singing in the background. “When we reached out to these veterans, we sent them the song and informed them of our plans,” says van Bruggen. “Most of them truly liked the song with its strong lyrics. ‘I’m drinking to dull the pain / Images won’t go away / They count the dead / Now why don’t they just count me?’ These are heavy words.”

And since these words perfectly captured what these veterans were experiencing, van Bruggen and Kaan asked their subjects to sing along to the lyrics. “It felt really intimate and magic,” says the Dutch writer.

Using the musical concept as a template for this Web-based documentary was a conscious choice, the producers told TIME.

“There are many documentaries on PTSD,” says van Bruggen. “We wanted to reach out to younger people, many of whom don’t watch those longer pieces.” in addition, viewers can go deeper into each of the veterans’ stories through 24 short audio interviews that can be accessed directly from the original video through interactive links. “Plus, there’s a third layer with six hours of further interview material,” says van Bruggen. “We wanted to do justice to these stories and make them freely available.”

Hidden Wounds was released in 2013, to little notice beyond European borders. “I think that Web documentaries are still a niche, and it’s getting harder and harder to attract people to a specific website,” says van Bruggen “We had many visitors coming to our website, not the hundreds of thousands we aimed for. But the PTSD issue will only get bigger as time goes by and I hope our documentary will somehow offer some help to the people affected. If that’s the case, then our mission will succeed.”

Hidden Wounds is a web-documentary by Tomas Kaan and Arnold van Bruggen. Watch the interactive version of the documentary on www.hiddenwounds.be. 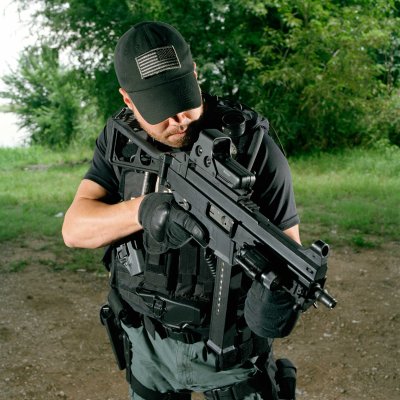 Ride Along With America's Marshal Officers
Next Up: Editor's Pick