'Man Spreaders,' There's No Excuse for Not Closing Your Legs on the Subway

Steve Prezant—Getty Images
Ideas
By Brian Moylan
Brian Moylan is a writer and pop culture junkie who lives in New York. His work has appeared in Gawker, VICE, New York magazine, and a few other safe-for-work publications.

There are lots of things that men do that are crazy, like insist on trying to impress people by regurgitating lines from Adam Sandler movies and investing scores of time in that imaginary monstrosity that is fantasy football. But there is no worse, man-centric behavior than manspreading on the subway. Seriously guys, it has got to stop.

You know what I’m talking about: the dudes who sit on the subway and expand their legs to bar anyone from sitting anywhere near them. It’s like they have an imaginary sumo wrestler sitting on the floor in front of them (or an imaginary cat, as this meme would lead us to believe). The problem has gotten so bad that the MTA, the agency in charge of New York City’s subways, is starting a campaign to curb the phenomenon. But, really, do we need subway posters next to those cute little Poetry in Motion poems and Dr. Zizmor ads to tell the bros not to do this? No, we should not. We should already be showing everyone some R-E-S-P-E-C-T, as Aretha says.

As a human male who possesses a penis, I can say that there is no possible way that your package is that big that you need to sit with your legs spread like the Grand Canyon. And if you have a package so large – as in an actual parcel – that is making you sit like this, you probably should do yourself and the world a favor and spring for a cab.

Also I know that your unit is not throwing off that much heat, even in the blistering days of the summer when the subway feels and smells like someone set the Gowanus Canal on fire. As an owner of a set, I know that testicles do not get that sweaty and even if they did, sitting as such would not create an adequate cross breeze to cool them down. If you are having such intense grundle fires, then you probably should consult a doctor and you should not be rubbing your junk all over public transportation. Or maybe just go commando.

That is the crux of the situation. The problem with leg spreaders is that they are breaking the social contract that we need to abide by survive in New York City. It is the same contract that says you stand on the right and walk on the left on an escalator and that you never shout at a celebrity when you see one on the street (this isn’t LA!). There is just not enough room for everyone in this city and, in order to accommodate everyone, we need to take up only our allotted bit of space.

The thing about the subway is that the seats and benches are divided to tell you just how much room you have. That little indent should not only fit your butt, but also your legs. If they are spread past that indentation, your stance is wider than Larry Craig’s in an airport restroom. If you’re on a car with those blue benches, which are meant to fit precisely six people and there are not six people on the bench, you are also spread too wide. Everyone paid $2.50 and they get only one seat. The same goes for backpacks on the seat, setting your bicycle or stroller in front of a whole row of benches, or passing out on an entire row on the F train on the way home from an East Village bar at 2 a.m. Sure, if the train is a little bit empty, you can be at ease, soldier, but never to the degree that it would intimidate someone else who might want to sit next to you in the event the train gets more crowded.

This is the most visual manifestation of patriarchal privilege and that is why it is especially angering. It says to everyone, “I find this comfortable and I am a man so my comfort comes before all else in this entire universe and especially you.” That’s why people hate this. It’s because men are saying that they don’t care about anyone else, and that is awful. They think that it is somehow manly, by claiming their territory. That is not manly. A real man is courteous and thinks of others and only takes as much as he is allowed. That’s what we need to tell our sons.

Whenever I see a leg spreader, I intentionally sit right next to him and spar for my bit of room. I want to let him know that it is not okay to stake claims to things that don’t belong to him in the first place. It’s like picking the tulips that grow in Central Park and putting them in a vase on your table.

Contrary to our reputation for being easy to anger, New Yorkers get by only by being nice to our fellow man. It’s the only way that we can survive crammed onto this tiny island at the center of the universe. The only place where this doesn’t happen is with men on the subway trying to prove something to the rest of the world (also in line at Trader Joe’s).

All you jerks with wide stances need to get over it. You are not losing anything by sitting with your legs together. It’s not that much worse. If you don’t like it, you can buy a bike and just ride everywhere. And if you really don’t like it, then you can move. Or better yet, you can stand. There are some of us who would also like a seat and we know how to use it. 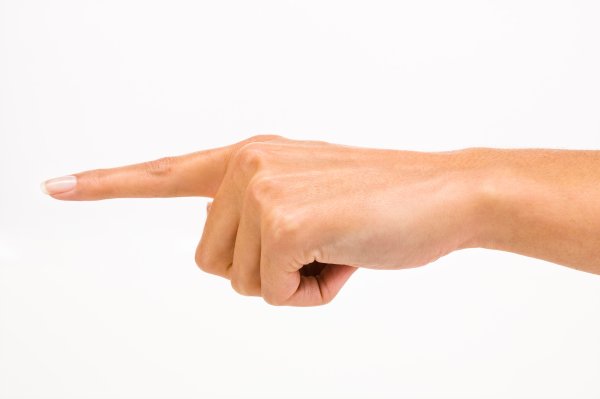 This Is How You Should Handle Criticism
Next Up: Editor's Pick