Code.org's tutorial with Anna and Elsa from Disney's Frozen
Code.org
By Eliana Dockterman

This year, Code.org is working to get more young girls involved in computer science with the help of Anna and Elsa from Frozen. The nonprofit, which is backed by tech giants like Mark Zuckerberg and Bill Gates, is using the popular Disney heroines to launch its second annual “Hour of Code” event to encourage teachers to teach coding in the classrooms and expose a more diverse set of students to computer science.

Computer programming is one of the fastest-growing sectors in the country: By 2020, U.S. universities won’t be able to fill even a third of the country’s projected 1.4 million computing positions with qualified graduates. But less than 18% of computer science degrees are awarded to female students, and only 20% of all software developers in the U.S. are women — even though women make up 56% of the labor force.

Hadi Partovi, co-founder of Code.org, thinks the problem is that women aren’t introduced to coding until high school or college. By then, they are often deterred by the prevalent notion that men are more adept at or interested in computer science than women.”The only way to change that is to get girls involved at a younger age. By the time they’re in high school, they have stereotypes telling them whether they can or should get involved in computer programming,” he says. “When they’re eight-years-old they have absolutely no conception of who could or should be coding.”

MORE: Cracking the Girl Code: How to End the Tech Gender Gap

What better way to get girls as young as five into coding than using two of the world’s most popular children’s characters? “You’d think we’d be the ones approaching Disney, but Disney approached us and said we really want to work with you. It’s one of the best calls we could have possibly received,” says Partovi. “Girls love Anna and Elsa, and especially young girls who don’t think of themselves as potentially being software engineers or getting involved with computer programming. This is a great way to bring it to the mainstream.”

And it’s a perfect pairing for Disney: Parents embraced Frozen last year as a movie that prioritizes sisterhood and female empowerment over beauty or romance. If Anna and Elsa are independent princesses, it’s only fitting that they know how to code too.

Code.org — along with several other initiatives launched in the past few years, like Google’s MadeWithCode, Girls Who Code and Black Girls Code — has pushed to find ways to close the tech gender gap for young students. Part of that effort included the first “Hour of Code” last year, a week in which teachers could use Code.org resources or their own lesson plans to expose their students to coding. The step is crucial considering that nine out of 10 American schools currently do not offer computer science classes.

MORE: Imagine if Half of All Tech Inventions and Start-Ups Came From Women

So far 47 million students have tried the “Hour of Code” since last year, thanks in part to a tutorial that featured the Rovio’s popular Angry Birds characters. Code.org’s larger teaching platform called Code Studio is also now used in 50,000 classrooms. And almost half those students are girls. “We’ve had at least 20 million girls do the hour of code, and on our online tutorials, we have at least 40% participation by women, which is double the 20% that the tech industry sees,” says Partovi. “It’s because we’re starting younger before they encounter toxic stereotypes.”

Hopefully Anna and Elsa will attract even more girls. The new introductory computer programming tutorial allows kids to create code that instructs the princesses to draw snowflakes and ice fractals. Plus, kids learn basic logic and geometry skills along the way. Code.org hopes that the new game-like tutorial (see the screenshot below) will draw over 100 million students this year between Dec. 8 and Dec. 14. 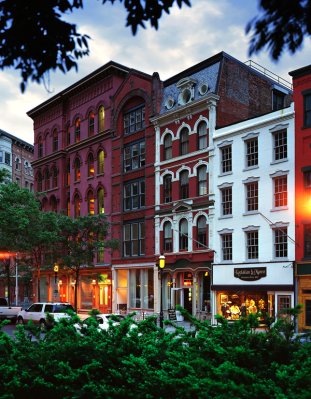