Last month, anti-street harassment group Hollaback released a video of a woman getting catcalled repeatedly while walking the streets of New York. The video sparked a heated conversation, with responses from men who see street harassment as complimentary, and from many people critical of the video’s complicated racial dynamics. A new video from Brooklyn-based rapper Shanthony Exum, a.k.a Miss Eaves, addresses both of these points.

In the video, a white man walks around Brooklyn and dances at a club, barraged with both verbal and physical harassment from women. Exum wrote the song months before Hollaback’s video came out, but she decided to make a video for it in response to the conversation. Of her decision to cast a white actor, she said in an interview with Brokelyn that it “really worked because it starts to change the dialogue about black men being the main perpetrators of sexual harassment.”

The gender reversal is meant to counter the argument Exum says she often hears from men, which is that they would love to receive unsolicited compliments from women. “I wanted to portray in this video,” she said, “that no human regardless of gender would enjoy objectification, unwanted sexualization and harassment.” 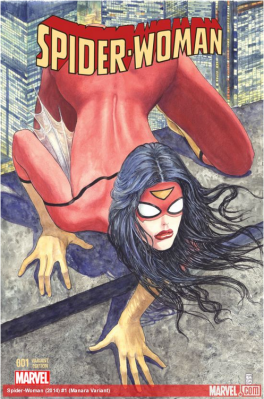 Marvel Is Actually Going to Publish That Sexist Spider-Woman Cover
Next Up: Editor's Pick