Elian Gonzalez’ mother was so desperate to escape Cuba and raise her son in the U.S. that she risked the 90-mile ocean crossing in a rickety aluminum boat. When it capsized, drowning her and nine others, 5-year-old Elian clung to an inner tube until he was rescued by fishermen on this day, Nov. 25, in 1999, and later reunited with relatives in Miami.

Elian’s father, meanwhile, wanted to raise his son closer to Castro. What followed was an international tug-of-war between Elian’s father, Juan Miguel, and the relatives who struggled to keep him in the country his mother had died trying to reach.

Elian became a poster child for the troubled relationship between Cuba and the U.S. — and, some said, a pawn in their political posturing. The drama made headlines because it combined a bitter political divide with a fundamental parenting question: Is it possible to be both a good father and a communist.

After more than four months of legal wrangling and a one-on-one meeting between Juan Miguel and Attorney General Janet Reno, the U.S. government reluctantly conceded that yes, it was possible. According to a 2000 TIME story about their meeting, Reno wanted to give Miguel every possible opportunity to recant: “She wanted to see for herself: Was he really a loving father — and did he really, truly want to raise his child in a country where milk is rationed for children over 7 and soldiers drown citizens who try to flee?”

But Miguel managed to convince her of both his love and his genuine desire to raise his son in Cuba. Elian’s return was a new trauma for the boy, who had already suffered unthinkable trauma. To get past the crowds of protesters who surrounded the Miami home where he was staying with relatives, armed federal agents were sent to forcibly seize the boy.

He was separated not just from his Miami relatives — and a new puppy — but from an American lifestyle that included unlimited chocolate milk, trips to Disney World and a growing collection of toys. His relatives feared that when he returned to Cuba, he would be subjected to high-pressure political indoctrination. According to the BBC, Cubans countered that “Elian ha[d] already been indoctrinated in the U.S., and [was] being turned into a ‘toy-obsessed’ capitalist.”

Back in Cuba, however, he quickly put capitalism behind him. By age 12, he addressed Fidel Castro as “my dear Grandpa Fidel,” according to a get-well letter he sent the Cuban leader in 2006. At 14, he was inducted into the Communist Party.

And last year, at age 20, he railed against the American embargo of Cuba, which he blamed for his mother’s death.

“Their unjust embargo provokes an internal and critical economic situation in Cuba,” forcing people like his mother to flee, he proclaimed at a youth rally in Ecuador.

When a CNN reporter at the rally asked Elian what his life had been like since his repatriation, he answered: “magnificent.” 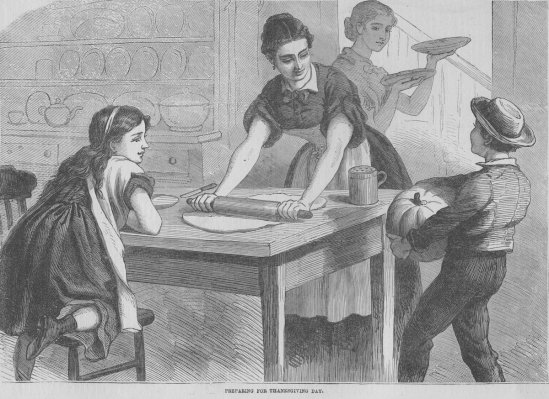 The Reason Every One of Us Should Be Thankful
Next Up: Editor's Pick