Basuki Tjahaja Purnama, with his wife Veronica Tan, poses prior to taking the oath of office to become the governor of Indonesia's capital Jakarta on Nov. 19, 2014
Tatan Syuflana—AP
By Yenni Kwok

Joko held the position until he became President. The appointment of his onetime deputy Basuki Tjahaja Purnama as successor is seen as a significant shift in Indonesian politics. The Christian politician, whose brash and combative style of leadership has earned him many supporters as well as detractors, is the first ethnic Chinese to fill the role.

In interviews, Basuki, popularly known by his Hakka nickname Ahok, recalled how during the disturbances of 1998 he and his family joined neighbors in the predominantly Chinese district of Pluit to defend their lives and property, using sticks, Molotov cocktails and machetes.

But his political rise marks a watershed in ethnic and religious tolerance in Indonesia, which has the world’s biggest Muslim population. The last time Jakarta was led by a minority governor was from 1964 to ’65, when then President Sukarno appointed a Christian artist, Henk Ngantung, to the job.

Religion and ethnicity can still be hot topics in Indonesian politics. During the presidential election earlier this year, Joko’s popularity was hit by smear campaigns that falsely accused him of being both a Christian and of ethnic Chinese descent.

The hard-line Islamic Defenders Front, or FPI, has also staged violent protests opposing Basuki, saying Muslims should only be led by Muslims.

However, the mainstream Muslim population appears to be indifferent toward Basuki’s religious background. Nadhlatul Ulama (NU), Indonesia’s largest Islamic mass organization, is giving support to him. “As long as he is just and siding with the people, he is our governor,” said NU chairman Saiq Aqil Siradj last week. Leaders should be judged based on their honesty and dedication, he added, “not religion.”

Basuki, 48, became known nationwide after YouTube videos of him berating incompetent city officials went viral. Similar clips of other local leaders admonishing their subordinates have surfaced and been shared widely since then. But the new governor faces a mounting challenge in administering a city that is plagued by traffic gridlock and massive flooding problems. 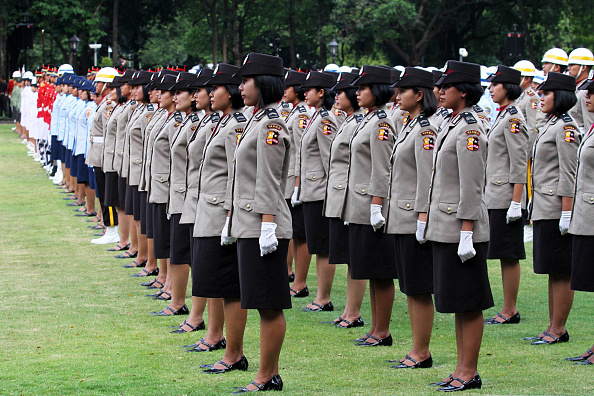 Indonesia's Female Police Recruits Must Have 'Virginity Tests'
Next Up: Editor's Pick