Should I Eat Dark Chocolate?

Oh, chocolate! Are you even debatable? The experts have spoken, and it appears not.

“You can, of course, overeat the stuff—but in moderate doses it is perhaps the quintessential example of a food to love that will love you back,” says David Katz, MD, director of the Yale University Prevention Research Center. “A considerable body of research, including several studies in my own lab, show decisive cardiovascular benefits with intake of dark chocolate,” he says, provided that it’s kept between one to two ounces.

Cocoa is rich in flavonols, bitter antioxidant compounds that have been shown to be good for the heart. Dark chocolate has been linked to lowering blood pressure and increasing anti-inflammatory activity, which helps protect against heart disease, says Augusto Di Castelnuovo, PhD, in the department of epidemiology and prevention at the IRCCS Istituto Neurologico Mediterraneo Neuromed in Italy. But his own study found that the positive effects vanish when you’re out of the moderate range, so keep dark chocolate to about 1.7 ounces per week and really savor it, he suggests.

If you fantasize about squashing stress with sweets, dark chocolate’s for you. A September 2014 study showed that people who ate dark chocolate were significantly less stressed when doing a stressful task two hours later than the group stuck with placebo chocolate. “Dark chocolate buffers endocrine stress responses to acute psychosocial stress induction apparently at the level of the adrenal gland,” says study author Petra H. Wirtz, PhD, professor in the department of psychology at the University of Konstanz in Germany. It appears dark chocolate is as downright destressing as a bubble bath.

Kristin Kirkpatrick, registered dietitian and manager of wellness nutrition services at Cleveland Clinic’s Wellness Institute, is also jazzed about its stress-busting effects. “A 2009 study found that having a small amount of dark chocolate actually helped to ease subjective stress in study participants,” she says. “This is significant because only a small amount was needed to gain results and it was a food that we know is high in healthy flavonols, as opposed to the normal stress foods like mac and cheese, candy and alcohol.”

OK, but what about those pesky percentages? They’re meant to indicate how much of the bitter cocoa bean is in your bar, along with the healthy flavonols that go along with them. Katz advises sticking to at least 60% cacao, and Kirkpatrick recommends at least 70%. A rule of thumb is that the higher, the darker, the healthier.

But Tod Cooperman, president of the independent tester of health products ConsumerLab.com, led a recent investigation that tested popular brands of dark chocolate and found that you can’t judge a chocolate by its wrapper. While many of them had high levels of flavanols, many did not, and you couldn’t always tell which kind you were getting from the percentage printed on the labels. That’s because the percentage is a sum of cocoa liquor, cocoa powder and cocoa butter—and cocoa butter does not contain flavanols, the report says.

“Some have as much as three times the concentration of flavanols as others,” he says. One of the 85% bars actually had fewer flavanols than a 72% bar. But some brands, like Ghirardelli and Endangered Species, were true to their percentages.

And in an interesting twist, they also found that dark chocolate bars might be safer for your health, in some ways, than pure cacao powder. “[ConsumerLab] found heavy metal contamination in many cocoa powders, so chocolate may be a safer choice for heavy users,” Cooperman says.

Sadly, the world is running out of chocolate just as we here at TIME are finally convinced to embrace it. Reader, can you spare a square? 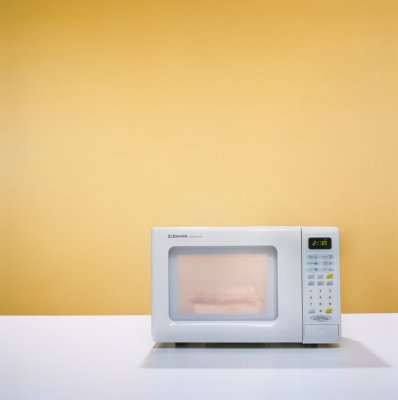