Israeli security personnel run next to a synagogue, where a suspected Palestinian attack took place, in Jerusalem on Nov. 18, 2014.
Ronen Zvulun—Reuters
By Ilene Prusher / Jerusalem

David Ehrlich, an Israeli writer, has been running a popular literary café and restaurant in downtown Jerusalem for the last 20 years. Popular, that is, except for times like these, when the city is so on edge that people tend to rush home from work and huddle with their families around the television.

“There are hardly any tourists, people from the Tel Aviv area will not come to Jerusalem, and the Jerusalemites just don’t feel like it,” says Ehrlich, whose latest short story collection is entitled Who Will Die Last: Stories of Life in Israel. He has employed Palestinians in the café almost since he founded it, making his eatery, Tmol Shilshom, one of countless examples in the holy city of Jews and Arabs working side by side.

“We’ve had Jews and Arabs work together for many years, and I’ve always been proud of it. I feel it’s the right thing in Jerusalem, because we are a mixed city. I don’t believe in segregation anywhere, and definitely not in my city,” Erlich tells TIME. “It doesn’t make sense to me that we’ll live so close by and pretend that the other doesn’t exist.”

But this de facto, often friendly coexistence can mask how very differently Israelis and Palestinians perceive reality. On Monday, the day before five people were killed in a bloody attack on a West Jerusalem synagogue by two Palestinians from East Jerusalem, two of Ehrlich’s employees showed him some cell phone images of the body of Yousef al-Ramouni, a Palestinian bus driver whose death is a subject of controversy. To Ehrlich, the mark across the man’s neck made it seem believable that he had hung himself, as Israeli forensic officials ruled. But in the eyes of Ehrlich’s workers, it clearly looked like a murder.

“When horrible things happen, they feel empathy for me and I feel it for them,” Ehrlich explains. “On the other hand, they listen to their news and I listen to mine, and their understanding and reading of events is very, very different.”

The synagogue massacre—the latest in a series of attacks linked to the feud over the Temple Mount, or Noble Sanctuary — has already been dubbed by some in the Israeli and Palestinian media the “Jerusalem Intifada” and by others, the “Jerusalem War.” Some added that it seemed to be taking inspiration from the Islamic State, given the use of knives and an ax in Tuesday’s attack. Many though not all of the Palestinian attacks on Israelis over the last month have been in Jerusalem, and the perpetrators have all come from Jerusalem.

That stands in stark contrast to the Second Intifada, or uprising, from 2000 to 2004, which largely involved suicide bombers from the West Bank. Now, Israelis are finding that they are facing violence that comes from within Jerusalem’s self-declared municipal boundaries – not from beyond the wall or separation barrier built to stop the aforementioned suicide bombers from entering Israel.

This is having a chilling effect on this ordinarily open city. Zakaria al-Qaq, a Palestinian expert in national security at Al-Quds University in East Jerusalem, says that tens of thousands of Palestinians who work, shop and get various services in West Jerusalem are finding that the city is developing invisible boundaries that are becoming dangerous to cross.

“There is more of a gap now between Arabs and Jews in Jerusalem,” he says. “The Arabs who work in West Jerusalem will come under a lot of suspicion, and I can foresee how the response to their presence there will be more negative than ever. There’s no confidence in each other, no trust, and it’s leading us to a more serious conflict.”

The groundswell of terror has been exacerbated by the absence of Palestinian leaders in East Jerusalem, Al Qaq says. Although the 1993 Oslo Accords stipulated that East Jerusalemites could vote in elections for the Palestinian Authority, Israel later deemed PA offices or those connected to its ruling political party, the Fatah faction of the PLO, as an infringement on Israeli sovereignty in the city. Orient House, an East Jerusalem building that served as a PLO headquarters through the 1980s and 90s, was shuttered by Israel’s then-premier Ariel Sharon in 2001 following a suicide bombing which killed 15 people.

“We don’t have leaders we can call on in East Jerusalem to try to calm the situation down, and the leaders in Ramallah have no influence on the Palestinians in East Jerusalem,” Al Qaq says. “What we’re seeing is young people doing it themselves, and not taking orders from anyone.”

Officials in Jerusalem have cautioned Israelis to treat their Palestinian neighbors with suspicion. Maj.-Gen. (Ret.) Dan Ronen, the former head of Israeli Police Operations Division during the Second Intifada, suggested Tuesday that the best way to foil potential attacks was to be cautious of “Arab employees and other people who come from East Jerusalem,” adding, “You never know when and how they can do something.” He also suggested that Israel would train those citizens who are armed to be better equipped to use their weapons in an attack. Jerusalem’s mayor, Nir Barkat, said Tuesday he was encouraging Jerusalemites to join a civilian guard, reviving volunteer patrol units that were important in the state’s early days.

Given this situation, its perhaps not surprising that Taha, a cab driver from East Jerusalem, has been avoiding West Jerusalem in the last few days. “We are afraid to send our kids to school tomorrow, because we hear that settlers want to do marches and revenge attacks. I’m 53 years old, it’s the first time I’m really worried,” said Taha, who asked that his name be withheld due to security concerns. “In the last week, four people got to my taxi and got out as soon as they saw my name is an Arab name. They say things like, oh, I think I made a mistake, this is not the taxi I ordered, and they jump out. When it happens I cannot talk, because I feel very sad.”

Sara Kalker, a mother of two young children, is also unsure of whether to take her kids to school on Wednesday. Their pre-schools are on the edge of the Armon Hanetsiv neighborhood, which is over the Green Line (Israel’s pre-1967 borders) and abuts the Palestinian neighborhood of Jabel Mukabar, where the two young Palestinian cousins responsible for Tuesday’s synagogue attack were from.

“Everyone is concerned that something could happen anywhere, but we really feel it here. There are border police all over our neighborhood now. It’s hard to concentrate at work,” says Kalker. She moved here from New York State, where she grew up, weeks before the outbreak of the Second Intifada in September 2000. “I got through that, but it’s definitely different being a mother and having to worry now about someone’s security other than my own.” She pauses. “I just want to feel safe. But I don’t really have faith in the ability of the country to solve these problems.” 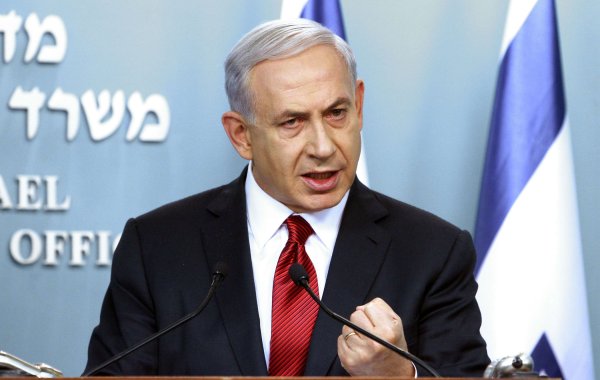