A new study study reveals that an infant’s brain may remember a language, even if the child has no idea how to speak a word of it.

The finding comes from a new study performed by a team of researchers from McGill University’s Department of Psychology and Montreal’s Neurological Institute who are working to understand how the brain learns language.

As it turns out, the language that an infant hears starting at birth creates neural patterns that the unconscious brain retains years later, even if the child completely stops using the language. The study offers the first neural evidence that traces of so-called “lost” languages remain in the brain.

Because these lost languages commonly occur within the context of international adoptions—when a child is born where one language is spoken and then reared in another country with another language—the researchers recruited test subjects from the international adoption community in Montreal. They studied 48 girls between the ages of nine and 17 years old. One group was born and raised speaking only French. The second group was bilingual, speaking French and Chinese fluently. And the third was Chinese-speaking children who were adopted as infants and later became French speakers, but discontinued exposure to Chinese after the first few years of life. They had no conscious recollection of the Chinese language. “They were essentially monolingual French at this point,” explained Dr. Denise Klein, one of the researchers, in an interview with TIME. “But they had been exposed to the Chinese language during the first year or two of their life.”

The three groups were asked to perform a Chinese tonal task–“It’s simply differentiating a tone,” said Klein. “Everybody can do it equally.” Scans were taken of their brains while they performed the task and the researchers studied the images. The results of the study, published in the November 17 edition of the scientific journal Proceedings of the National Academy of Sciences (PNAS), showed that the brain activation pattern of the adopted Chinese who “lost” or completely discontinued using the language, matched the brain activation patterns for those who continued speaking Chinese since birth—and was completely different from the group of monolingual French speakers.

The researchers interpret this to believe that the neural pathways for the Chinese language could only have been acquired during the first months of life. In layman’s terms, this means that the infant brain developed Chinese language patterns at birth and never forgot them, even though the child no longer speaks or understands the language.

“We looked at language that was abruptly cut off, so we could see what happens developmentally in that early period,” said Klein. “The sound of languages are acquired relatively early in life, usually within the first year. We’ve learned through a lot of seminal work that is out there that children start out as global citizens who turn their heads equally to all sounds and only later start to edit and become experts in the languages that they’re regularly exposed to.” The question for the researchers was whether the brains of the Chinese-born children who no longer spoke their native language would react like a French speaker or like a bilingual group.

To see what neural pathways might still exist in a brain and to see what a brain might remember of the mother tongue, the researchers used Chinese language tones, which infants in China would have been exposed to before coming to live in French-speaking Montreal. “If you have never been exposed to Chinese, you would just process the tones as ‘sounds,'” said Klein. However, if someone had been previously exposed to Chinese, like the bilingual Chinese-French speakers, they would process the tone linguistically, using neural pathways in the language-processing hemisphere of their brain, not just the sound-processing ones. Even though they could have completed the task without activating the language hemisphere of their brain, their brains simply couldn’t suppress the fact that the sound was a language that they recognized. Even though they did not speak or understand the language, their brains still processed it as such.

The results were that the brain patterns of the Chinese-born children who had “lost” their native tongue looked like the brains of the bilingual group, and almost nothing like the monolingual French group. This was true, even though the children didn’t actually speak any Chinese. “These templates are maintained in the brain, even though they no longer have any knowledge of Chinese,” said Klein, who was not surprised that these elements remained in the brain.

As with most scientific research, this finding opens the door to even more questions, particularly as to whether children exposed to a language early on in life, even if they don’t use the language, will have an easier time learning that language later in life. Don’t go rushing to Baby Einstein quite yet, though. “We haven’t tested whether children who are exposed to language early, re-learn the language more easily later,” said Dr. Klein, “But it is what we predict.”

What the study does suggest though is the importance of this early phase of language exposure. “What the study points out is how quite surprisingly early this all takes place,” said Klein. “There has been a lot of debate about what the optimal period for the development of language and lots of people argued for around the ages of 4 or 5 as one period, then around age 7 as another and then around adolescence as another critical period. This really highlights the importance of the first year from a neural perspective.”

“Everything about language processing follows on the early ability to do these phonological discriminations,” said Klein. “You become better readers if you do these things.”

While Klein isn’t an expert in the field of language acquisition, she does surmise that the more languages you are exposed to the better for neural pathway development, but she hasn’t fully tested that hypothesis. She mentioned other studies that show that early exposure to multiple languages can lead to more lingual “flexibility” down the road. Before you clean out Berlitz and build a Thai-Kurdish-German-Mandarin language playlist for your infant, Klein doesn’t recommend loading kids up with “thousands of languages.” She explains: “I don’t think bombarding somebody with multiple languages necessarily improves or changes anything.” Klein thought ensuring future lingual flexibility could come from exposure to just two or three languages at an early age.

To that end, Klein does think it’s important to develop these neural templates early in life, which she considers similar to wiring a room—put in the plugs, ports and outlets first and if you need to add a light later, you won’t have to start from scratch. Luckily there are no products required to develop a language template in the brain: simply talking to your baby in your native tongue is enough to develop those all-important neural pathways. If you want to invest in Baby Berlitz, well, the studies aren’t in yet, but it can’t hurt. 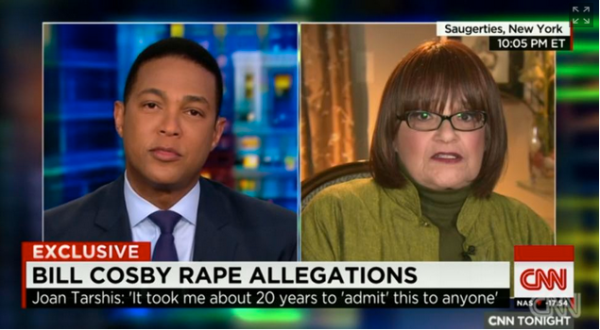