The holidays aren’t always so happy. Instead of putting listeners in a merry mood, Christmas music can sometimes trigger not-so-jolly memories of family gatherings gone awry. “To sing happy music in peoples’ faces is sometimes not always the way to go,” Broadway star Idina Menzel told TIME about her own Christmas album earlier this fall.

But before you cry salty tears into your seasonal red Starbucks cups, Liz Phair is here to cheer you up with her first new song in years, “Ho Ho Ho.” Phair says the track, which appears on the forthcoming Amazon holiday music collection All Is Bright, was partially inspired by “Grandma Got Run Over by a Reindeer” and David Sedaris’ “SantaLand Diaries,” which are equal parts cheerful and depressing.

“I’ve always wanted to write a dystopian Christmas song,” the celebrated singer-songwriter told Stereogum, where the song premiered. “Holidays are a time of emotional turbulence, of unpredictable highs and lows. The retail and advertising sectors bill it as the greatest time of the year, but some seasons you are saddled with a real clunker!” 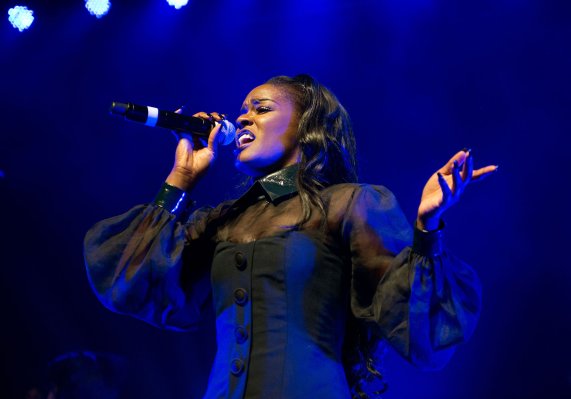