How Much Arsenic Is In Your Rice?

All rice and rice products are not created equal, according to a new study released today by Consumer Reports. Some types of rice, and some rice grown in specific regions, contain much higher levels of inorganic arsenic (IA) than others.

The report, available online and in the January 2015 issue of Consumer Reports magazine, offers new information to consumers who were left with questions after a 2012 report revealed measurable levels of arsenic in more than 60 rice samples. Arsenic exposure, especially long-term and at high levels, can lead to higher rates of skin, bladder and lung cancer, and heart disease.

For the latest findings, scientists at the Consumer Reports Food Safety and Sustainability Center tested 128 samples of white, basmati, and jasmine rice for arsenic levels. They combined these results with tests and data from the original 2012 study, along with data from tests done by the U.S. Food and Drug Administration (FDA). The total number of samples tested was 697.

In a surprising twist, brown rice has 80 percent more arsenic than white rice of the same type since arsenic accumulates in the grain’s outer layers. Brown rice from California, India, or Pakistan are the best choices in this category, according to the report. Contrary to what one might think, organic, in this particular case, doesn’t mean safer; organic rice sucks up arsenic at the same levels as conventional rice of the same type.

The report also establishes a point system for consumers, which serves to guide people towards understanding what rice products have the highest amounts of arsenic and how to limit intake through serving size and consumption frequency.

In one example, it’s suggested that children consume rice pasta and hot rice cereal only once every two weeks as these products have higher point values.

Dr. Michael Crupain, a board-certified physician and associate director of the Consumer Safety and Sustainability Group, said that children are the most vulnerable population and should either consume certain products rarely, or, in the case of rice milk, never.

“Children younger than five should not drink rice drinks as a substitute for milk,” he explained, echoing the report’s findings.

Rice holds higher levels of arsenic than other grains and acts as one of nature’s “great scavengers of metallic compounds.” Unlike, millet or polenta, rice planted in arsenic-contaminated fields acts as a vacuum for the toxin. Inorganic arsenic, as opposed to the less toxic organic arsenic, which comes from minerals in the earth’s crust, was introduced into the water and soil through pesticides and drugs injected into animal feeds. The FDA rescinded approval for three of these drugs in 2013 after connections were found between poultry feces used as fertilizer on fields and elevated arsenic levels.

“Some parts of the country just have more arsenic in their soil than others,” Crupain explained. “Rice happens to be a plant that tends to take up arsenic when it’s present. It’s probably based on variety, different types of plants take on different amounts.”

Currently, the FDA does not have safety levels for arsenic in rice. The governmental organization has cautioned against making state-by-state or country-by country comparisons in IA levels for rice, citing the varying factors that can influence arsenic concentrations, such as soil composition, fertilizers, seasonal variability, and water-use practices.

In a statement to Civil Eats, FDA press officer Lauren Sucher said that the organization’s assessment of arsenic in rice remains a priority.

“Last year, the FDA released what we believe to be the largest set of test results to date on the presence of arsenic in rice and rice products, and we are planning to release a draft assessment of the potential health risks associated with the consumption of arsenic in these same foods,” she added.

Until then, the FDA and Consumer Reports have similar recommendations: Consumers should strive to maintain a balanced diet and eat a variety of grains. Parents should consider options other than rice cereal as a first solid food for their baby. Cooking rice in volumes of water five to six times that of the rice, and then draining the water, can reduce arsenic content, though this may also reduce the nutritional value of the rice.

“Consumers won’t have to make such difficult decisions about rice intake levels if we ensure that there is less arsenic in rice to begin with,” he said. 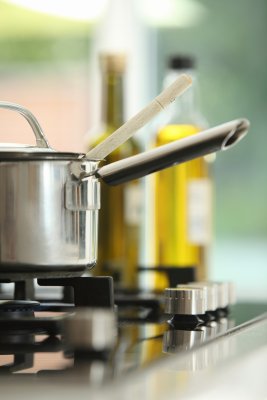 The Surefire Way To Eat Healthier
Next Up: Editor's Pick