Rape allegations against the comedian Bill Cosby were given new life last month when comedian Hannibal Buress called out Cosby during a standup routine. Buress’ bit went viral online, making it harder to ignore the fact that several women had long publicly asserted that one of America’s most beloved television dads drugged and assaulted them.

In a column published last week in the Washington Post, one accuser, Barbara Bowman, wrote that Cosby, now 77, “brainwashed me into viewing him as a father figure, and then assaulted me multiple times.” The two met on the set of The Cosby Show in 1985, when Bowman was 17 years old. In her essay, Bowman notes that it took “30 years for people to believe” her story about him, and that “only when a male comedian called Cosby a rapist did the accusation take hold.”

In Bowman’s account and the accounts of several other women, Cosby allegedly slipped incapacitating drugs into the women’s drinks. They would pass out and wake up with Cosby assaulting them. As it turns out, years before he was doling out folksy wisdom on The Cosby Show, Cosby used that exact kind of scenario as joke fodder.

In a clip recently unearthed by the Village Voice, Cosby unsettlingly laughs about slipping the aphrodisiac “Spanish Fly” into women’s drinks as if dosing women was a sort-of universal boys-will-be-boys lark. In the clip, Cosby even says he went to Spain with his costar from the television show I Spy — for which Cosby was the first African-American costar in a primetime series — in hopes of picking up some Spanish Fly while there.

It’s True! It’s True! was recorded live at Harrah’s in Lake Tahoe and is one of the few Cosby records that isn’t family-friendly. Aside from the now-chilling Spanish Fly routine, the comedian drops a few curse words, and discusses burlesque shows and gambling.

The album is something of an outlier in a career famously marked by “clean” routines, by the man who would become known as one of America’s most beloved dads, Cliff Huxtable, on The Cosby Show.

It’s True! It’s True! came out in 1969, which was a good year for Cosby, professionally speaking. He won a Grammy for his 1968 comedy album and took home an Emmy for his primetime comedy special The Bill Cosby Special.

That was also the year that another woman, named Joan Tarshis, claims Cosby invited her back to his bungalow to work on some comedy routines. “I thought, ‘That’s cool, getting to work with Bill Cosby on jokes,'” Tarshis told CNN. She alleges the comedian gave her a drugged cocktail and then raped her.

The allegations are all the more disturbing given the disparity between what these women claim to have experienced and what audiences know of Cosby’s gentle, avuncular humor and his status as a beloved television dad. Over the course of his decades-long comedy career, Cosby earned nine Grammy Awards, four Emmy Awards and countless other accolades.

Read next: Here’s Everything We Know (and Don’t Know) About the Bill Cosby Rape Allegations 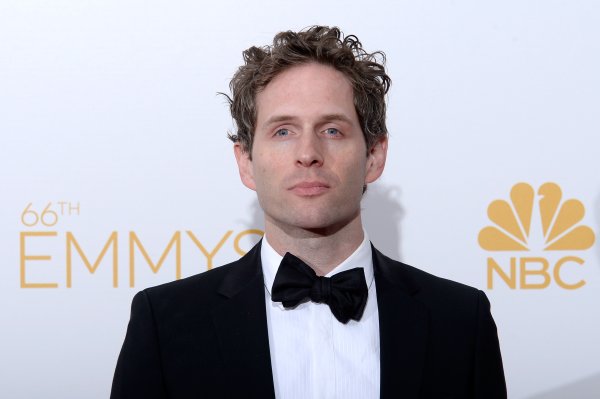 Chris Pratt Almost Wasn't the Lead in Guardians of the Galaxy
Next Up: Editor's Pick