Nokia is returning to consumer electronics with an Android-powered tablet that looks an awful lot like Apple’s iPad mini.

The Finnish company’s N1 has the same 7.9-inch screen size and the same 2048 x 1536 resolution as the iPad mini, as well as nearly identical placement of the camera, buttons and headphone jack, the Verge reports. It has made some improvements, too: at 318 grams and 6.9mm thin, the N1 is thinner and lighter than the Apple equivalent.

The tablet will go on sale at the beginning of 2015 in China, ahead of other countries, the BBC reports.

Other N1 specs include a 2.4GHz quad-core Intel Atom Z3580 processor, 2GB of RAM and 32GB of storage. It has a 5-megapixel version at the front, and an 8-megapixel camera at the rear.

Microsoft completed its takeover of Nokia’s former mobile-devices business in April. Nokia’s entry into the tablet space pits the two companies against each other. Microsoft sells its own Nokia-labelled kit, including the Lumia 2520 Windows RT-powered tablet.

Nokia licensed its design and brand to Taiwanese manufacturer Foxconn in order to make the product, effectively outsourcing production and supply chain management. 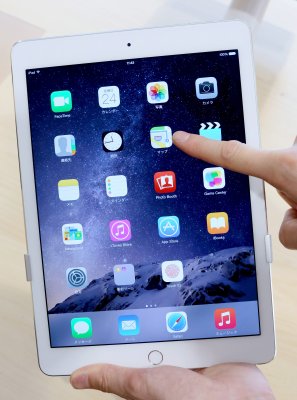 Why I Just Bought iPads for My Retired Parents
Next Up: Editor's Pick