Everything You Need to Know About Nintendo's New Toy Figurines

If I have a single critique of Nintendo’s amiibo, it’s that information about the company’s toy-game versions of its iconic characters like Mario, Link and Yoshi has been scattershot since the figurines were first revealed at E3 in June.

Nintendo rectified this by putting up a helpful amiibo website recently, but there’s still a fair amount about how amiibo works—and what makes them unique in a now fairly crowded toy-game market space—that you have to cobble together for yourself. The figures themselves sell in informationally blank receptacles, exhorting you to simply “collect, customize, and compete.” They don’t come with instructions, nor do the games they’re designed to initially work with offer robust tutorials.

So if some of these are on your holiday maybe list, here’s everything you need to know, including my initial impressions of some of the launch models.

We’re not sure what amiibo means either

But when I asked Nintendo’s director of product marketing Bill Trinen about it, this is what he told me:

The figures launch on November 21 alongside Super Smash Bros. for Wii U

That’s the release date for both franchises in North America, and at this point. And each of the dozen amiibo figures available at launch, as well as the ones coming later this year and early next, are part of Super Smash Bros.‘s massive fighter lineup.

Amiibo as it exists on November 21 is clearly biased toward Smash, too–the golden base tops even sport the Smash series’ trademark crosshatch logo.

Nintendo’s suggested retail price is $12.99 per figure, which is what everyone appears to be selling them for heading into the holidays. With a dozen figures available at launch, they’ll set you back $156 if you’re looking to collect the set.

The figures talk to your Wii U GamePad using NFC

NFC, or near-field communication, is just a standard for two devices to communicate wirelessly over extremely small distances. In amiibo’s case, the figures have chips in their bases that activate when placed near the NFC sensor in the Wii U GamePad (you just tap the amiibo figure’s base to the designated area). If you own a Wii U, it’s the lower lefthand space on the GamePad with an icon that looks like a white rectangle pushed into a corner.

The amiibo stands are roughly half an inch thick, bottom to top, without ingress points–they house no power sources because the NFC chip in each figure’s base is activated by its proximity to the Wii U GamePad’s NFC sensor. The figures don’t need batteries or anything else that’ll need replacing to do what they do, in other words.

Here’s every amiibo announced, and when it’s coming

At launch, amiibo supports two games: Super Smash Bros. for Wii U and Mario Kart 8, and the updates to those games which enable amiibo functionality are live now.

Nintendo has announced amiibo support for both Hyrule Warriors (already out) and Captain Toad: Treasure Tracker (due on December 5). Nintendo’s Trinen told me he expects the amiibo update to Hyrule Warriors to arrive shortly after amiibo’s launch this week, though it’s unclear if we’ll see Captain Toad‘s update arrive in December or slip into 2015.

How does amiibo work in the launch games?

It’s different with each game, and this is where amiibo can get a little confusing. With Activision’s Skylanders and Disney’s Infinity, those franchises’ respective figures are designed to work in relatively uniform ways with very specific games.

Amiibo, by contrast, was designed from the get-go to work with each Nintendo game uniquely. As Trinen put it when I spoke with him, Nintendo designed amiibo such that each studio can build amiibo functionality into their game in whatever way they feel best suits the gameplay, thus how your amiibo functions in one game may bear no resemblance to the way it functions in another.

In Super Smash Bros. for Wii U, for instance, your amiibo becomes your sparring partner. It levels up as you train it and “feed” it stat boosts, in essence molding it into something that’s uniquely your own. You can then use it in battles against other players’ amiibos, or as a way to study your own strengths and weaknesses: if you’re great at a certain maneuver, your amiibo will be too, but if you’re not doing something you ought to be, say raising your character’s shield, neither will your amiibo.

In Hyrule Warriors, by contrast, using amiibos will unlock special once-a-day weapons or bonuses–unique ones if you use the Link or Zelda amiibos. And in Mario Kart 8, using an amiibo unlocks new racing outfits: basically costumes inspired by each amiibo that your Mii character can wear.

What other games will amiibo support?

It’s a safe bet that others, especially anything mainline like the next Legend of Zelda, will also include some form of amiibo support.

I don’t collect action figures and have little experience of miniatures beyond some exploratory Warhammer figurine painting in the mid-2000s, but the three amiibo figures Nintendo sent me–Mario, Link and Kirby–seem immaculately manufactured. Each has a stylish pose and instantly recognizable expression, crisp design lines, intricate texturing and zero color bleed between even the tiniest zones.

They don’t work with Nintendo’s 3DS

Not yet, though Nintendo plans to eventually support the 3DS by way of a special NFC attachment the company’s pegged for 2015. For North American gamers in 2014, amiibo only works with the Wii U.

Amiibo does work natively with the “New Nintendo 3DS”–that’s its unofficial English name by way of Japanese translation at this point, anyway. But that slightly more powerful and joystick-doubled version of Nintendo’s dedicated gaming handheld isn’t available in the U.S. this year, and unless you’re fluent in Japanese, there’s no reason to bother importing one. Chances are we’ll see the new 3DS stateside in 2015, but Nintendo has only confirmed availability in Japan, Australia and New Zealand for 2014. 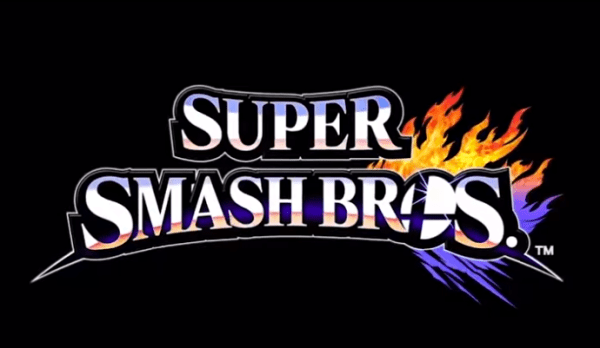 Watch This Hilarious Fake Trailer for the New Super Smash Bros.
Next Up: Editor's Pick