Japan has cut its whale hunting quota down to 333 from 900, in response to international criticism over the practice, officials announced Tuesday.

“We will explain the new plan sincerely so as to gain understanding from each country,” said fisheries minister Koya Nishikawa, according to the Guardian.

The International Court of Justice ruled in March that Japan’s “research whaling” served as a front to allow the country to hunt and sell whale meat under a scientific exemption to international bans on hunting whales for commercial purposes. But the country maintains that it needs to hunt whales to set “safe levels of catch limits” and to determine the age of the population.

The new policy will take effect for the 2015-2016 whaling season. This year’s whaling season was canceled in response to the ICJ’s ruling. 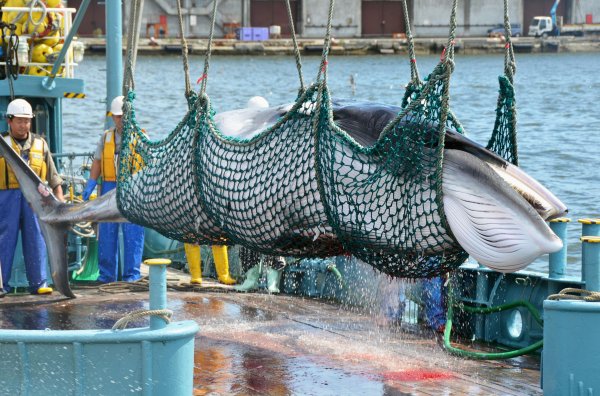