Far Cry 4 throws a spanner into the narrative that Ubisoft lost its mojo this year, by which I mean the Assassin’s Creed Unity debacle, though “debacle” probably overstates the issue.

A quick word about Unity: It’s not a bad game, it’s just not the series-upending shift we were led to expect. Plus, it shipped with bugs, a glitchy navigation system and a tendency to stutter in game-impacting ways when fighting amongst the game’s ballyhooed masses. No wonder Ubisoft delayed the game’s release from October. In hindsight, they should have pushed it off to December, or even early 2015.

Not so Far Cry 4, which shipped relatively trouble-free and flush with incremental improvements in accord with the studio’s modest prerelease claims. If you come to Ajay Ghale’s Himalayan romp expecting narrative profundity, or a more subversive take on the Westerner-in-exotic-climes trope, you should probably look elsewhere. But if you just want Far Cry 3‘s elaborate playscape with a better sense of activity equilibrium and all the play systems not so much further sanded as subtly sandpapery (offering gratifying pushbacks, particularly in combat scenarios), this is it.

It’s also the most Point Break of the games in the series, bristling with utterly preposterous high octane thrills. Here’s a list of the ones I’ve managed to pull off so far:

Hijack a vehicle…from another vehicle

You can execute this bit of vehicular derring-do one of two ways: driving alongside another vehicle, looking toward the driver and clicking the takedown button, or doing the same from your lofty perch in the “Buzzer,” the game’s able gyrocopter.

There’s even an achievement for the vehicle-to-vehicle version of this stunt, but you’ll need to pull it off riding shotgun, meaning you’ll want to recruit a skilled co-op pal and driver to help you do the deed.

Take an outpost by lobbing grenades from the gyrocopter

It’s a measure of how important verticality is to Far Cry 4 that each time the game deposits you in some new story-space, it gives the elevation alongside the place name–and the gyrocopter’s your ticket to exploiting it.

It’s a workable theory if you’re trawling for loot chests, masks and all the game’s other collectible miscellany (below its stall point, anyway). But in practice, Ubisoft has built in offsets that complicate aerial ubiquity, namely this one: the gyrocopter moves like a floating boulder, meaning you’re easy prey for snipers as well as the game’s insanely distance-accurate combat regulars.

But if you’re intrepid and handy with the game’s M-79 grenade launcher, you can knock out the game’s smaller outposts quickly, helped along by the miracle of kickback-free physics.

Square off with a herd of honey badgers

The toughest animals in Far Cry 4 by a Kyrati mile if you’re hunting by way of bow and arrow aren’t its deathly-fleet tigers or you-flattening bears, they’re a little creature the world barely knew before this video went viral. Good luck taking just one out with a bit of recurved carbon fiber and fletching, much less a pack if you happen to invoke the unfortunate wrath of a squadron.

Irony, thy name is mellivora capensis.

Take a radio tower by wingsuit

This one’s tricker than it sounds: you’ll need (a) a sense of optimal height and distance, and (b) timing to deploy your parachute, and (c) further spot-on aiming to steer your parachuting body onto the sloped rim of the tower’s topmost areas, and (d) to do all of that with a tower that’s situated low enough so you don’t stall out the gyrocopter climbing to a high enough altitude to make a, b and c possible.

No, you can’t simply land the gyrocopter on the tower top and step out. I’ve tried at least a dozen times, and maybe I’m just inept, but the game always ejects me (and the gyrocopter) several meters off the side of the tower.

Note: Be careful you don’t steer into the zip-line as you’re parachuting in, or you’ll hook that by accident and find yourself angling all the way back to the ground in a blink.

Take a fortress while riding an elephant

You’ll need the “elephant rider” skill to saddle a pachyderm, but once you have it, you’re all but invincible in small scrums where you can overpower enemies by charging and bashing them. (vehicles, too.) There’s even a related elephant-riding achievement, and you can hasten progress toward it by directing your four-legged be-trunked tank at one of the game’s guard-choked fortresses.

Yes, the guns-a-blazin’ route invites the guards to sound the alarm and call in reinforcements, but so long as you’re adept at knocking helicopters from the sky with the grenade launcher, those extras become opportunity targets.

Pro tip: It’s best to stealth-eliminate any snipers on the ramparts first, else you’ll find yourself ended moments after alerting the guards to your presence.

I kid not, this happened to me. After lobbing bait near the base of a tower and rushing past a lured tiger–then attacking my enemies–to scale the first ladder, I discovered tigers in Far Cry 4 are as deft at jumping impossible distances as the domestic cats I’ve owned when it comes to clambering up kitchen larders.

Eklo Beindu Summit would be the mass of vertiginous cliffs and precipitous overhangs situated in Far Cry 4‘s south-central area, and they represent the most impressive instances of combat-free, grapple-based sightseeing I’ve encountered so far. If you want to get lost in the game’s climbing puzzles for upwards of hours, angling ever-higher as you scan for grapple points and optimal swing arcs over chasms, Eklo Beindu offers several worthy collectibles, and better still, some of the game’s finest views.

Another achievement-related feat, this one’s best performed by an outpost that’s situated near foothills or a cliff, so you can take advantage of height to get close enough to spy your target while maintaining sufficient distance.

The game doesn’t model wind, so you’ll always fire straight, you’ll just need to take into account gravity and aim slightly over your target instead of dead on.

Fly thousands of meters in the wingsuit

Fly 5,000, in fact, and there’s an achievement in the bargain. The quickest way to do this: take the gyrocopter as high as it’ll go near Khilana Bazaar (the first outpost you’ll liberate in Kyrat’s southwestern area), leap out, fly as far as you can, then pull up the map, quick-travel back to the outpost’s safe house (re-parking a gyrocopter that sits just up the road), and repeat.

Not a piglet, I’m talking about a full-grown fattened swine here. Birds in Far Cry 4 are second only to the honey badger when ranking wildlife by unexpected creepiness. Think the gooney birds in J.B. Stamper’s Tales for the Midnight Hour. 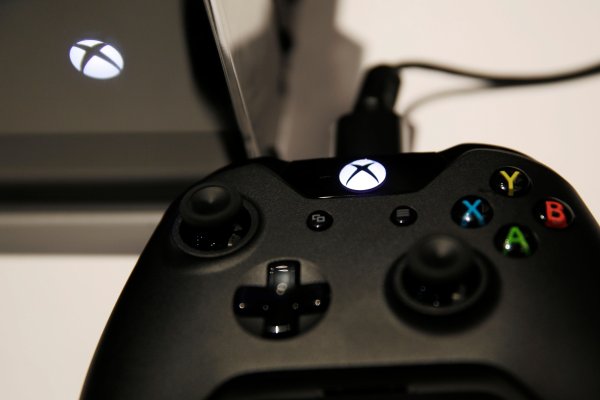 Microsoft's Black Friday Xbox One Deals Will Blow You Away
Next Up: Editor's Pick