Clickbait, Normcore, Mansplain: Runners-Up for Oxford's Word of the Year

The expression displayed by the women in this stock photo is sometimes described as a duck face.
JGI/Jamie Grill — Getty Images/Blend Images
By Katy Steinmetz

On Nov. 17, Oxford announced that their word of the year for 2014 is “vape.” The venerable publisher of the Oxford English Dictionary also gave TIME three lists of candidates: the long list, the short list and the “blip list.”

The short list contains strong contenders that, had the linguistic winds blown a little differently, might have won the title. The long list contains solid candidates that editors found easier to cut. And the “blip list” is full of early favorites that editors watched fizzle in usage by the time their final votes came around in the autumn. Here is everything that had a chance, with most definitions taken or adapted from Oxford:

vape (v.): to inhale and exhale the vapor produced by an electronic cigarette or similar device

bae (n.): a term of endearment for one’s romantic partner, likely a shortening of baby or babe, though some theorize that it is an acronym for “before anyone else.”

indyref (n.): an abbreviated form of Scotland’s failed referendum to declare independence from the United Kingdom.

anti-vax (adj.): describing someone who is opposed to vaccination.

Brexit (n.): reference to the proposed exit of Britain from the E.U.

brogrammer (n.): a portmanteau of bro and programmer, which can describe a computer programmer with typically macho characteristics.

clickbait (n.): content whose main purpose is to attract attention and encourage visitors to click on a link to a particular web page.

cybernat (n.): a term used to pejoratively refer to supporters of Scottish independence, especially those who express opinions online.

dronie (n.): a selfie taken from a camera attached to a flying drone.

duck face (n.): a (pejorative) term for a facial expression made by pressing one’s lips together into the shape of a duck’s bill, often performed in selfies.

hangry (adj): to experience both hunger and anger, often to be easily angered because of hunger or so hungry that one becomes angry.

mansplain (v.): to explain something to someone, typically a man to woman, in a manner regarded as condescending or patronizing.

microaggression (n.): brief and commonplace behaviors, intentional or unintentional, that convey hostility or insults toward another individual or group, particularly an ethnic group.

polar vortex (n.): though many experts have debated the use of the term in the media, it describes a system of winds that circle one of the earth’s poles, the state of which can contribute to very cold temperatures.

poor door (n.): a separate door to a building meant to be used by people of a lower economic class, as in a luxury apartment building with a block of affordable units.

Columbusing (n.): the act of appropriating, without acknowledgment, a cultural attribute associated with an ethnic group other than one’s own.

conscious uncoupling (n.): an approach to ending a marriage or romantic relationship which emphasizes acceptance of mutual responsibility.

ice bucket challenge (n.): a stunt in which a person films the act of dumping ice water on their head and uploads the video to social media, challenging a friend to do the same or donate to charity.

smugshrug (n.): an emoticon representing the face and arms of smiling person with hands raised in a shrugging gesture.

spornosexual (n.): a man who is extremely conscious of his appearance and devoted to cultivating a sexually attractive physique. 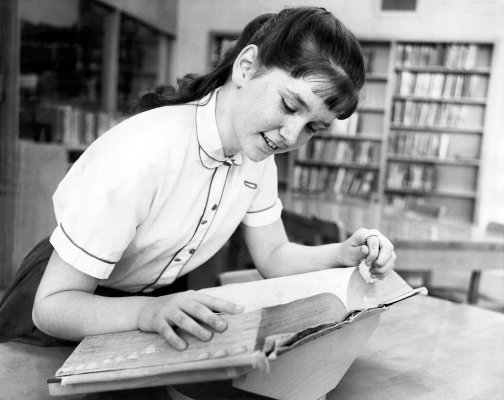 Words of the Year: How the Pithy Tradition Began
Next Up: Editor's Pick