This year started with a death sentence for Facebook. In January, a research company called Global Web Index published a study showing that Facebook had lost nearly one-third of its U.S. teen users in the last year. Headlines pronounced the network “dead and buried.”

Fast forward to the present and Facebook is reporting record growth. The company earned $2.96 billion in ad revenue in the third quarter of 2013, up 64 percent from just a year ago. More impressively, the network has added more than 100 million monthly active users in the last year.

All of which goes to show how difficult it can be to predict the future of social media. With that caveat in mind, here’s a look into the crystal ball at five ways social media will (likely) evolve in 2015.

Your social network wants to be your wallet

Hacks released in October show a hidden payment feature deep inside Facebook’s popular Messenger app. If activated by the company, it will allow the app’s 200 million users to send money to each other using just debit card information, free of charge. Meanwhile, the network has also already rolled out a new Autofill feature (a kind of Facebook Connect for credit cards), which allows users who save their credit card info on Facebook to check out with 450,000 e-commerce merchants across the web.

So why does Facebook want to handle your money in 2015? Right now, some of tech’s biggest players are battling it out in the mobile payments space, including Apple with its new Apple Pay app, upstarts like Square and Stripe and even online payments veterans like PayPal. The endgame at this stage isn’t exactly clear. Facebook may eventually charge for its money transfer services, leverage customer purchasing data to pull in more advertisers or even try to rival traditional credit cards like Visa and Mastercard (which make billions on fees). One thing’s for sure: You can expect to see major social networks jockeying more aggressively to handle your transactions in 2015.

New networks proliferate, but will they last?

2014 saw the rise of a number of niche social networks, many built specifically in response to the perceived failings of the big boys: the lack of privacy, the collection of demographic and psychographic data, the increasingly pervasive advertising. Newcomers range from Ello, which launched in March with promises to never sell user data, to Yik Yak, which allows users to exchange fully anonymous posts with people who are physically nearby, and tsu, which has promised to share ad revenue with users based on the popularity of their posts.

Will these networks grow and stick around? New social platforms that try to replicate the Facebook experience while promising, for instance, fewer ads or more privacy, have the odds seriously stacked against them. The biggest challenge – one that even Google+ has struggled with – is attracting a sufficient userbase so the network doesn’t feel like a ghost town compared to Facebook’s thriving 1.3-billion-user global community.

On the other hand, new networks that map onto strong existing communities or interests (interest-based networks, as opposed to Facebook-style people-based networks) have a much better chance. In fact, thousands of these networks are already thriving below the radar, from dedicated sites for cooks and chefs like Foodie to sites for fitness junkies like Fitocracy.

Earlier this year, both Twitter and Facebook began beta-testing “buy” buttons, which appear alongside certain tweets and posts and allows users to make purchases with just a click or two, without ever leaving the network. Expect e-commerce and social media integrations to deepen in 2015. In fact, it’s a little surprising it’s taken so long.

For starters, this approach eliminates one key dilemma all merchants face – how to get customers in the door (or to your website). On Facebook and Twitter, you’ve already got a receptive audience, happily chatting with friends, browsing the latest trends, sharing photos and videos, etc. Once their payment details are on file, purchases are a tap or two away. Then it’s back to cat GIFs and updates on weekend plans.

In addition, since Facebook and especially Twitter are real-time media, they’re perfect for short-term deals tied in with fleeting trends. With time-sensitive offers literally streaming by, consumers may well be inclined to act quickly and seal the deal, forgoing the obsessive comparison shopping that characterizes lots of Internet transactions.

Finally, there are major benefits to advertisers. Connecting individual Tweets and Facebook posts with actual purchases has thus far proved a huge analytical challenge. But with the advent of buy buttons, concrete revenue figures can be attached to specific social media messages in a way that hasn’t been possible until now.

Cheap sensors have led to an explosion of smart devices. Everything from home appliances like thermostats, bathroom scales and refrigerators to wearables like fitness bracelets and smart watches are now collecting data and zapping it off wirelessly to the Internet. Lots of these devices are also pushing notifications to Facebook, Twitter and other networks, a trend that will continue in 2015. The question is: Is that a good thing? The prospect of growing legions of washing machines, smoke alarms and Nike FuelBands spitting out Facebook posts isn’t exactly something to get excited about.

The challenge in 2015 becomes how to more intelligently integrate the fast-growing Internet of Things with social media. In short, smart devices need to improve their social intelligence. This might start with tapping users’ social graph – their unique network of friends and followers – in better ways. A very simple example: a smart fridge that tracks your Facebook Events, sees you’re planning a party and how many people have RSVP’d and alerts you to make a beer run. By listening to social media in more sophisticated ways – tracking users’ activities and interactions with friends and followers, then responding accordingly – smart devices stand to get even smarter in the year ahead.

2014 saw a number of anonymous and ephemeral social networks – Snapchat, Secret, Whisper, Yik Yak and Telegram, to name a few – surge in popularity. Not everyone wants every conversation over social media broadcast to the world, after all. At the same time, savvy users are increasingly aware – and concerned – about ways personal data is being collected and later sold to advertisers, manipulated in tests or accessed by government agencies.

The problem is that few of these “private” networks fulfill their mandates. Snapchat has been hacked, repeatedly, with hundreds of thousands of sensitive – supposedly disappearing – user photos posted on the Internet. And in October, it was revealed that the anonymous network Whisper was actually saving users’ posts and locations and compiling this information in a searchable database. As Venture Beat points out, real anonymity and privacy on the Internet is extremely difficult to achieve. While it’s easy to make promises, it’s nearly impossible to deliver.

But demand for anonymous social media will only get bigger in 2015. In fact, there are signs that even the major players are beginning to acknowledge the issue. In October, Facebook rolled out its new chat app Rooms, which allows users to create chat rooms around shared interests, with no requirement to reveal name or location. Meanwhile in November, Facebook became the first Silicon Valley tech giant to provide official support for Tor, the powerful, open-source anonymizing service – popular among journalists, political dissidents and law enforcement – that allows users to conceal their identity, location and browsing history.

Ryan Holmes is CEO of Hootsuite. Follow him @invoker 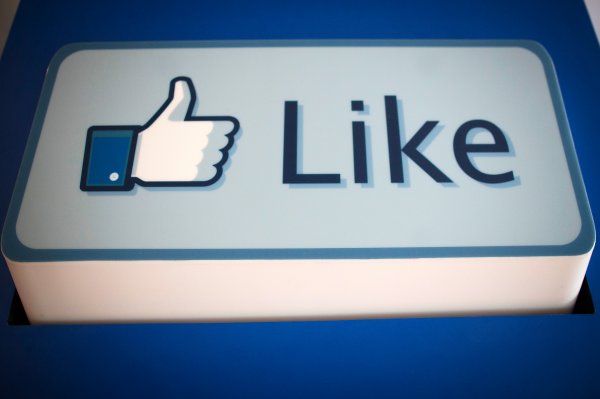