Packages wait to be sorted as a postal worker gathers mail to load into his truck before making a delivery run. The U.S. Postal Service recently announced that it will deliver packages seven days a week through Christmas Day.
David Goldman—AP
By Josh Sanburn

This week, the U.S. Postal Service is launching 7-day holiday delivery service for the first time, allowing procrastinating gift-givers extra time to get their packages in the mail. But the extra day each week isn’t merely meant as a convenience during a stressful time of year—it’s an indication of where the post office is heading.

Last year, as the USPS’s total mail volume continued its decade-long decline (from 158 billion pieces to 155 billion), shipping and package volume actually increased by 300 million, an jump of 8.1% from the year before. Revenue from packages increased 9.1%, and that growth helped the post office increase its operating revenue by almost $600 million.

Package delivery is the one sector that appears to show the promise of significant growth for the U.S. Postal Service, which has lost money every year since 2007 and recently announced another loss of $5.5 billion this year. The struggling institution has tried a number of ways to get back in the black: reducing its workforce, closing distribution plants, cutting Saturday delivery, even urging Congress to allow it to deliver beer and wine. Some of those moves have cut costs (reducing employees and plants). Others have been blocked by Congress (eliminating Saturday delivery and shipping alcohol). But the only move that is driving significant revenue growth is packages.

“We lost the bill payment world, which was very profitable for us,” says Patrick Donahoe, the outgoing postmaster general. “But the nice thing is, with e-commerce and the Internet, we’ve had the opportunity to deliver packages for companies like Amazon.”

The postal service has increasingly looked to the Internet, the rise of which has been at the heart of the post office’s declines, as its possible savior, partnering with sites like Stamps.com, for instance, which allows people to print postage from home without trekking to the post office. More significantly, the USPS inked a deal with Amazon allowing it to deliver the online retail giant’s packages on Sundays at regular rates, beginning in New York and Los Angeles before moving out to other metropolitan areas around the U.S.

The agreement with Amazon is reflection of an ever-more-convenient and competitive delivery industry that includes companies like the direct-to-time grocery shipper FreshDirect, alongside eBay, Walmart and Google, all three of which are experimenting with same-day delivery, as is Amazon. But it’s also a sign of the USPS’s increasing commercialization and its continued reliance on partnerships with other companies. While the USPS has long helped FedEx and UPS get its packages to their final destination in what’s called “last mile” delivery, the post office has recently expanded its services into big-box retailers like Staples and Costco, as well as establishing “village post offices” inside convenience stores. And that’s likely just the beginning.

“The obvious area to grow, because people are doing more Internet shopping, is the parcel post,” says Rick Geddes, a Cornell University public policy professor who studies the post office. Still, Geddes says packages alone can’t fix the post office’s problems. “The notion that delivering parcels will somehow be a magic bullet is false,” he says. “[The USPS] needs to become more like a regular commercial entity.”

So far, package delivery is nowhere close to making up for revenue losses from first-class mail, because the volume isn’t as high and it’s not as profitable. Geddes argues that the postal service has to reform in a similar way as post offices in the European Union, New Zealand and Australia, which have all eliminated their monopoly on first-class mail, allowing them to enter new commercial markets while setting their own rates without government approval. Australia’s post office, for example, runs actual retail stores that sell greeting cards, gifts and stationary alongside a postal services section.

But for now, the post office is hoping that 7-day holiday delivery, which will last through Christmas Day, will not only be a convenience for customers, but will give the faltering institution a financial boost. USPS is predicting parcel growth to increase by 12% from last year’s holiday season—equaling 450 million to 470 million packages. 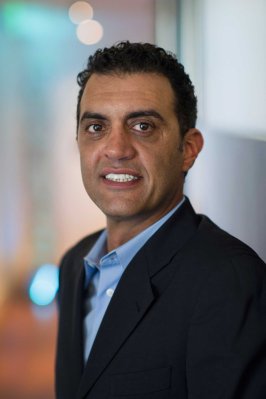 Uber Rides Into PR Storm
Next Up: Editor's Pick