Words of the Year: How the Pithy Tradition Began

A spelling bee champion looks up a word in the dictionary in Detroit on April 30, 1963
Underwood Archives / Getty Images
By Katy Steinmetz

In the summer of 1990, as President George Bush was grappling with going to war in the Persian Gulf and Nelson Mandela was traveling the U.S. seeking support for the end of apartheid, a man named Allan Metcalf had an idea.

A professor of English at MacMurry College in Illinois, Metcalf has also been executive secretary of the American Dialect Society for more than 30 years. Because his duties include planning the annual get together for the word-obsessed academics who make up the Society’s membership, Metcalf was busy arranging logistics for that year’s meeting in Chicago.

The attendees are types who religiously scour everything from periodicals to the banter of their college students for neologisms, shifts in slang, new concepts or funny portmanteaus — linguistic changes that almost always reflect something bigger than themselves. Language is a mirror, Metcalf thought, so why not make something of a moment when all those people, who have been staring in the mirror all year, are in the same room?

“I was thinking, every year TIME Magazine chooses a person of the year, and they choose it not by some computer program but rather the editors and readers making suggestions about who was influential. Why couldn’t we choose a word of the year?” Metcalf says. “If anybody’s expert on what’s important in our language, that would be members of our group.”

The members of that group agreed and on Dec. 19, 1990, at the Barclay Hotel in Chicago, history was made. On that day, about 40 people selected bushlips as the New Word of The Year (a portmanteau of Bush and lips, the word was a little-known term for insincere political rhetoric, created to deride Bush’s failed promise, “Read my lips: no new taxes”). Of course, Metcalf was not necessarily the first human to ponder the notion of declaring a word of the year; a TIME reader wrote a letter back in 1945 suggesting that atomic hold that title. But today’s annual foam party for word-nerds, which has institutions throwing out selections from October through January, has roots in the St. Clair Room of the Barclay Hotel.

For the first decade or so, Metcalf says, the “WOTY” ritual—an acronym used by the growing band of linguists who watch for candidates like Ahab for white flukes—was a fairly small affair. That started changing when the American Dialect Society joined their meeting with the Linguistic Society of America’s in 2000, and again in 2003 when Merriam-Webster proclaimed its first WOTY to be democracy. Oxford University Press joined the parade in 2004, announcing that chav (a pejorative name for type of British youth) was their Word of the Year. Then, in 2010, Dictionary.com entered their own float with the simple, politically charged word change. Institutions with lower Q scores make the march too, like Collins English Dictionary (which chose photobomb as their word this year) and Chambers Dictionary (which selected overshare).

As close readers may have noticed, the ritual has not only exploded but also shed a tricky qualification since its inception in 1990. In the beginning, the American Dialect Society decreed that any nominee had to be new. That rule proved flawed over the years, as attendees would pluck a new word from the masses only to find out it wasn’t actually new at all (Not!, 1992’s selection, was eventually dated back to the 1800s) or that, like bushlips, the term was a passing thing that should have been wrapped in the next day’s newspaper rather than put on a pedestal.

By the 1990s, that rule had been dropped, freeing the Society’s members to select words like mom in 1996 (as a nod to the “soccer mom” voter who emerged as a key demographic in that year’s election) and occupy in 2011, recording a year in which a movement against classism took to the streets around the world. It also led to Metcalf penning a book, Predicting New Words, in which is presented his “FUDGE” system for identifying words with staying power.

Institutions have found ways to distinguish their selections amidst the delightful frenzy. Merriam-Webster relies largely on spikes in lookups, rather than making editorial choices, which is why they often end up choosing less-trendy words like last year’s science—a word, as Editor-at-Large Peter Sokolowski said, “lurking behind” big headlines. The people at Oxford University Press, which is monitoring English from South Texas to South Africa, position themselves as thinking more internationally and have often selected one WOTY for the U.S. and another for the U.K., like 2012’s GIF and omnishambles. And Dictionary.com, while taking lookups into account, looks to the news stories of the year and searches for a term that can serve as connective tissue.

Then there remains the American Dialect Society, which exists to study the English of North America—the only outlet to have a public, live vote that will count the hands of anyone who shows up (not just members of the Society), which now entails funneling hundreds into a room where people make nominations and give speeches for or against candidates. It’s a real good time, Metcalf says, which is just what he hoped for in the summer of 1990. “The main thing was I thought it would be fun,” he says. And now, he notes, since their vote happens in January, they’re typically the last to make their choice. “We like to think that we were first and we are the last,” he says.

For every institution, there’s an element of free publicity, sought or not, that comes with announcing a word of the year, a line that will hook reporters (this writer included) every single time. But that’s not just because WOTYs are clickbait. It’s a moment, as Oxford’s Casper Grathwohl says, to remind people that lexicographers are working hard, all year long, to catalog the immense historical record that is our language. And words of the year are a little bit of poetry that come out of a pithy tradition of reflection, regardless of whether, when we have the benefit of hindsight, the selections prove to have bottled up the zeitgeist of a year or mostly hot air.

“There are a lot of windows into thinking about where we are as a society,” Grathwohl says. “Coded in the language we use is a lot of information that we are communicating without directly saying it … When we select the word of the year, it allows people to dig underneath the surface of the words we use to think about what’s there.”

Read about Oxford’s 2014 Word of the Year: Vape 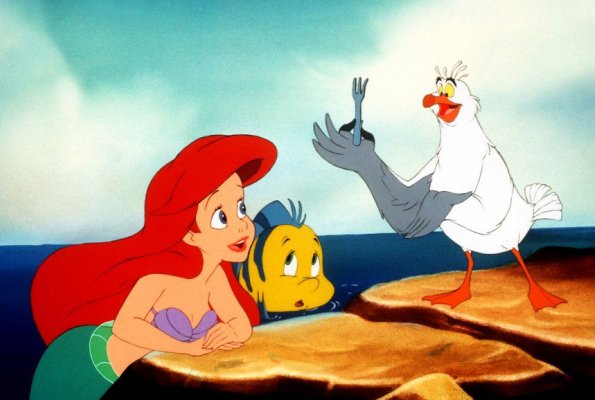 How 'The Little Mermaid' Cued the Disney Animation Renaissance
Next Up: Editor's Pick