Your State Bird Could Be Gone By 2080

By 2080, the skies over North America could be much emptier. A new report from the National Audubon Society, compiled from data collected over 30 years of bird counts and surveys, shows that more than half of North America’s most iconic birds are in serious danger. Of the 588 bird species surveyed, 314 are at risk for losing significant amounts of their habitat to a changing climate.

Ken Rosenberg, a conservation scientist at Cornell University’s Lab of Ornithology, cautions that it can be hard to tie any one specific effect on bird populations directly to climate change—other factors like human development, pollution, and invasive species play big roles. However, both Rosenberg and Langham point to clear examples of climate change affecting the avian landscape. Many birds are shifting their ranges farther north; some migratory species are arriving in the northern areas and the endpoints of their spring migrations earlier and earlier. Higher tides and storm surges are wreaking havoc on the nesting grounds of birds like the Saltmarsh Sparrow and the albatross. And foraging birds that live in Arctic sea ice environments are in decline.

“Some land birds, like the Broad-tailed Hummingbird, are finding that the availability of food supplies no longer matches their migration cycles,” Langham says. “And some seabirds, like Atlantic Puffins, are starting to run out of food as ocean temperatures change, causing adults and young to starve.”

If our climate continues to change, many birds will lose significant portions of their habitat, especially those birds that live in marshes and beaches, low-lying islands and snowy mountaintops. Tropical forests could dry out, spoiling the wintering spots for migratory birds. Drought and fire could devastate the habitats of prairie birds like the sage grouse. Even tiny differences in temperature can have big impacts. The gray jay, for example, hoards perishable food to get it through the winter, relying on freezing temperatures to keep it from spoiling, but a warmer climate will short-circuit its natural refrigerator.

“Every bird species has a ‘tolerance zone’ for climate conditions,” Langham says. “If the climate gets too hot, too cold, too wet or too dry, birds will be forced to leave their homes—but many will have nowhere else to go.”

These climate trends are set to impact birds big and small. By 2080, Audubon’s model predicts the summer range for bald eagles will shrink to 26 percent of the current extent. New areas could open up for them as areas get warmer, but it isn’t certain that food and nesting areas will be available to them in the new spots. Allen’s hummingbird could lose up to 90 percent of its summer range. The spotted owl, already a poster child for endangered birds, is expected to lose 98 percent of its wintering grounds. 10 states could lose their state birds—Maryland’s Baltimore Oriole, Vermont’s Hermit Thrush and the Mountain Bluebird (claimed by both Idaho and Nevada) are all among the imperiled.

But don’t count nature out of the game just yet. “A big ‘wild card’ is the ability of the birds themselves to adapt in ways we can’t predict,” Rosenberg told us. “For example, some Laysan Albatrosses have begun to nest in suburban yards and rooftops in Hawaii, as their usual nesting areas become more threatened.”

Rosenberg is also concerned about how humanity’s response to climate change will affect birds. In many areas, he says, sea walls are being built to protect coastal areas without taking into account how they will affect the ecosystem around them. The flow of water, nourishment of marches, and shaping of seaside habitats could all be negatively impacted by hastily built walls. And the rush to create alternative sources of energy has to be done in a smart way, he says. “Paving over fragile desert ecosystems for solar-panel fields, or placing wind farms in critical migration corridors and bottlenecks, or destroying natural habitats around the world to plant biofuels such as corn for ethanol, are NOT smart alternatives” to fossil fuels, Rosenberg says. “We will just be creating new environmental problems in an attempt to solve another.”

“We can’t afford to sit quietly on the sidelines while a well-funded oil lobby gets a small number of people to intimidate the rest of us,” he says. “Decide what you want to say to your child or grandchild in 20 years. The day will come when that generation asks: What did you do to leave a better world when the science was clear? I think about my answer a lot and it motivates me to act boldly.” 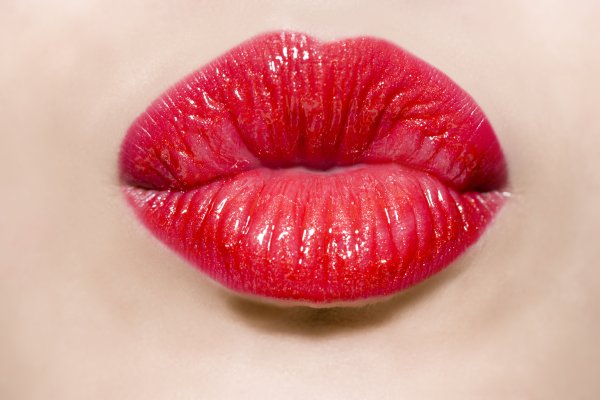 Here's How Many Bacteria Spread Through One Kiss
Next Up: Editor's Pick