Unfortunately, John Oliver, You Are a Journalist

The latest sign that John Oliver has become the peer of his old boss Jon Stewart is that he now has to spend time declining honorifics that other people want to hang on him. In an interview with the New York Times’ David Carr, he laughed off the suggestion that he was pursuing “a kind of new journalism”:

Strictly on the basis of language, I have to applaud Oliver for rejecting the label of “journalism.” Though I’ve often used it myself for lack of a better catchall word, it’s a stupid word, used to lend an air of professional respectability to jobs that we should just describe directly: writing, reporting, analysis, criticism, opinion and so on.

There’s a kind of protesting-too-much, this-is-so-a-real-job overtone to the word. There’s also an element of judgment: journalism is not just reporting, but reporting of which I approve; not just non-fiction writing or speaking, but nonfiction writing or speaking that I deem worthy of respect. That’s probably, as with Jon Stewart in the past, the popular reading of the term that Oliver balks at. If he accepts the label journalist, he sounds full of himself, and that’s the death of comedy.

But if we’re going to use the term journalism at all, I don’t see how it doesn’t apply to the work done by Oliver and Last Week Tonight. (Which, incidentally, is produced by onetime magazine writer Tim Carvell, who years ago edited some pieces of mine at Fortune.) There’s far more to news and nonfiction today than who-what-where-when-why reporting. One of the biggest growth fields is “explainer journalism”–analyzing data and walking an audience through complex issues, often done with a distinct point-of-view, at outlets like Vox and FiveThirtyEight. [Update: For an in-depth comparison of Oliver’s work with that of people who actually call themselves journalists, see The Daily Beast’s Asawin Suebsaeng.]

That’s journalism; a news analysis is journalism; an editorial is journalism. The chief difference between these and what Oliver does, if anything, is that he’s entertaining, so that, when he spends fifteen minutes arguing the stakes of net neutrality, people actually pay attention and even act on it. If that makes it “not journalism,” then it’s journalism that has the problem.

Not that I blame Oliver for avoiding the label. When someone calls Oliver, Stewart or Colbert a journalist, it’s often because that person wants something–for the hosts to commit themselves to a certain cause or to declare neutrality; for them to commit to a certain seriousness of purpose; for them to accept their “responsibility,” however the labeler defines it; for them to fit into some one-size definition of how a journalist should behave and what they should care about. That would definitely kill Oliver’s comedy, and along with it his–well, analysis or advocacy or whatever you want to call it.

So yes, John Oliver is a “journalist” as much as anyone in this business is. But I can understand why he needs to stay undercover. 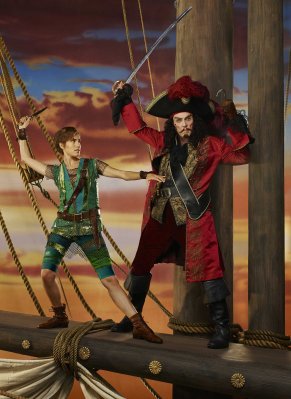