Bird Flu Returns: What Past Outbreaks Can Teach Us

A man wearing a face mask walks through a duck breeding farm where a case of bird flu has been identified in Nafferton, in Yorkshire, England, on Nov. 17, 2014.
Oli Scarff—AFP / Getty Images
By Bryan Walsh

Usually the health status of chickens in the Netherlands isn’t world news. But reports that the Dutch government had culled tens of thousands of birds at poultry farms that were potentially infected with the avian flu virus H5N8 will worry human health officials as well.

That’s because avian flus have shown the repeated ability to jump the species barrier, infecting human beings—and killing them. The most dangerous virus has been H5N1, which has infected hundreds of human beings over the past decade, mostly in Asia, killing an estimated 60% of them. Bird flu infections in human beings are still very rare, usually occurring because of close contact with a sick birds. Right now avian flus like H5N1 haven’t shown the ability to spread from person to person. But scientists fear that an avian flu virus could eventually mutate, and become more transmissible—potentially starting a new flu pandemic. And if that new flu was as transmissible as the seasonal human flu, but as deadly as H5N1 would be, the result would make Ebola look like a slight cold.

Learn about the potential dangers of avian flu with these stories from TIME’s archives:

An H5N1 outbreak in Asia kills thousands of chickens — and leads millions more to be slaughtered. Though the number of humans affected is low, the outbreak raises fears about what could happen if the virus mutated.

The H5N1 virus, previously thought present in domestic animals only, appears in migratory birds, indicating that it has to potential to spread around the world.

A trip to Indonesia reveals some reasons why it’s harder than you might expect to contain the virus in birds: understanding of the potential for pandemic is low among village farmers, and the habits of daily life are harder to break. But, because of the close relationship between humans and livestock, the stakes in such a situation are particularly high.

An outbreak of swine flu (H1N1) highlights the reason why epidemiologists need to spend their time thinking about animals other than human beings. Many dangerous diseases (including Ebola) originate from animals and mutate into viruses that can be spread among humans.

Read more about the current outbreak of bird flu here on Time.com. 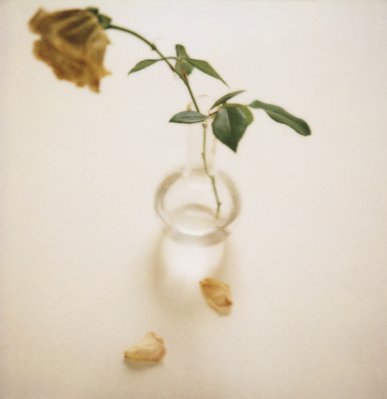 Death Is Not Only for the Dying
Next Up: Editor's Pick