When schools aren’t forced to provide healthy food, they usually don’t, according to a new study published in JAMA Pediatrics. Only a small number of schools offered healthy food options before the U.S. Department of Agriculture (USDA) federally mandated them when the Healthy, Hunger-Free Kids Act was signed into law in 2010.

But for the small percentage of kids who did attend schools that revamped nutrition, researchers saw positive trends for obesity rates, suggesting wider execution really could lead to better health for students.

Researchers looked at nationally representative data of 22,716 eighth-grade students in 313 schools and 30,596 10th and 12th grade students in 511 schools from the 2007-2008 through 2011-2012 school years. That time span was before the new federal standards for school lunches were required to be implemented, though schools were well aware of them and knew when their deadlines were. “We were surprised by the number of students who attended schools where none of the noted standards were in place,” says study author Dr. Yvonne M. Terry-McElrath of the University of Michigan. “Full implementation of the standards will significantly improve U.S. school nutrition environments.”

Only 23% of middle school students and 15% of high school students attended schools with three or more of the USDA’s nutritional environment recommendations in place. The first school lunch requirements, including offering more fruits, vegetables and low-fat milk, were rolled out in the 2012-2o13 school year. Healthier breakfast requirements like adding more whole grains came at the start of the 2013-2014 school year. This academic year was set to see better on-the-go options, with healthy options replacing junk food in vending machines and snack bars.

The researchers were not able to make any significant links between the USDA standards and self-reported overweight and obesity among middle school students, but they did find a connection for high schoolers. Having more fruits and vegetables available and low-fat milk instead of 2% or whole was associated with much lower rates of obesity.

That difference between grades might be partly due to the parental involvement, researchers say. Parents (and their budgets for their kids) generally dictate what their middle-school aged students eat and the researchers suggest perhaps they opt for healthier food, which could help explain the diminished association between nutritional standards and middle school students’ weight. The study authors conclude that associations may be greater once more schools make changes to their cafeterias and food offerings.

“Full implementation of the USDA standards will not be easy and will likely necessitate additional training, support, and incentives from the states and the federal government,” the study authors write, noting that some schools had a harder time adjusting than others. Some schools have decided to opt out of the federal government’s school lunch deal, while others made immediate changes to their schools’ eating environments with great success.

Healthier lunchrooms are the future, and when schools start adopting them, so too may be lower obesity rates for America’s youth. 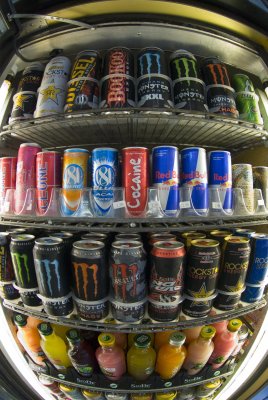