The Problem With Millennials, In One Staggering Statistic

New data about how much debt today’s students are graduating college with just came out. The results are ugly, but that’s not the worst of it.

The Project on Student Debt conducted by The Institute for College Access & Success says the average debt load carried by last year’s crop of four-year nonprofit college grads is $28,400. That number is several hundred dollars higher than last year and roughly ten grand more than the average a decade ago. Roughly seven in 10 students today graduate with debt, a figure that has ticked up in that time period, as well.

This number would likely be even higher if for-profit colleges, which were included in previous tallies but left out this year because many failed to provide data, were included, since their students tend to leave school burdened with debt at a higher rate — 88% indebted with at average of nearly $40,000 in 2012.

That’s bad — but that’s not the problem. You might think these young adults would be worried about paying off a new car’s worth of debt they’d accrued before getting their first full-time job.

A new study from Junior Achievement USA and PwC US conducted by Ypulse finds that 24% of millennials think their student loans will be forgiven.

“It’s a scary statistic,” Junior Achievement president Jack Kosakowski tells CNBC. The survey doesn’t explore why roughly a quarter of young people have such an optimistic — and for the majority, unrealistic — expectation.

In many cases, the payments they expect to be forgiven are significant. “Loan payments are also rising, taking a significant chunk out of Millennials’ pay checks when it comes time to pay up post-graduation,” the report accompanying the survey says. “One-third of those with student loans are shelling out over $300 per month and five percent are actually paying more than $1,000 per month.”

Although 60% of respondents to the PwC/JA survey say financial aid is a consideration in their school choice, the survey also finds that today’s high school seniors are relying on an average of just over $8,200 in contributions from their parents and more than $6,600 in student loans to help fund their first year’s tuition. Their average contribution from savings or earnings: less than $1,400. (These students also spent almost $200 of their own money, on average, on back-to-school shopping. School supplies, followed by clothes, were the most common purchases.)

Got a family? Want more to talk about with them? Click here to find out more about the new Time for Family subscription 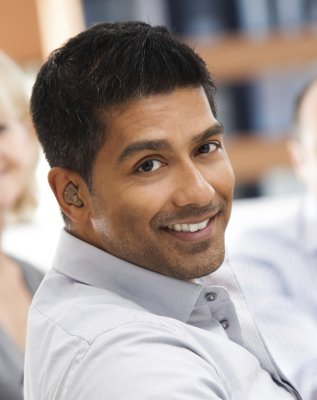 The Unlikely Secret to Succeeding at Your First Job
Next Up: Editor's Pick