New Ebola Treatment Filters Virus Out of the Blood

Battling a virus is all about timing, and Ebola is no exception. Our immune systems are capable of destroying Ebola, but once in the body, the virus multiplies furiously, spreading like wildfire. Pretty soon the invader overwhelms the body’s immune system. In most cases, the virus wins.

But what if doctors could tip the odds in the body’s favor and pull out Ebola from the blood in order to give the immune cells a fighting chance? Reporting at the Kidney Week conference of the American Society of Nephrology on Friday, doctors at Goethe University hospital in Frankfurt described their experience doing just that several weeks ago when an Ebola patient arrived from Sierra Leone.

Dr. Helmut Geiger and his colleagues knew they had a challenge on their hands. They made sure the patient, a Ugandan pediatrician who had been treating Ebola patients, was hydrated and received the proper nutrients. They also tried several experimental therapies, but despite their efforts, the patient quickly deteriorated. He needed a ventilator to breathe, and as the virus ravaged his body, several of his organs, including his kidneys, failed. The medical team placed him on dialysis and hoped for the best.

That’s when Geiger recalled reading about a novel way of treating viruses that didn’t involved drugs. Aethlon Medical, a California-based company, was testing a way to quite literally filter viruses out of the blood of infected patients. The team had been testing their device, which attached to standard kidney dialysis machines, on hepatitis C and HIV patients in India. The German doctors, desperate to help their patient, asked to test it for Ebola.

“We did not know if it was possible to retract viruses from the blood,” says Geiger. “But we knew from earlier data that viral load is directly correlated to the outcome of the patient. We thought if we could reduce the viral load through some kind of intervention, then it would be positive for the patient.”

MORE: WHO: These Are the Most Promising Ebola Treatments

Their hunch paid off. The device, called the Hemopurifier, was attached to the dialysis machine that was already filtering the patient’s blood. The specially designed filter is made of a protein that acts as glue for proteins found on the Ebola virus’s surface. Over a period of 6.5 hours, the filter extracted the virus from the blood that flows through. While most dialysis filters can pull out molecules that are less than 4 nanometers in diameter, the virus filter boasts a mesh that’s able to filter out larger viral particles that are less than 250 nanometers. That means only the virus is pulled out, and the immune cells remain in the blood, ready to fight off any remaining viral invaders.

“We had no [idea] about how much [virus] would be extracted, because this was the first patient, but I was very surprised because the drop in viral load was deeper than I expected,” says Geiger. Before the filtration began, the patient’s virus count was about 400,000 per mL blood. After the session it had dropped to 1,000 copies/mL.

MORE: The Fight Against Ebola Could Lead to Surge in Measles and Malaria

What’s more, when Geiger’s team sent the filter, which was designed to safely contain the Ebola virus it had extracted, to the University of Marburg, which has a biosafety level 4 laboratory for safely handling the virus, they learned that the device had managed to trap 242 million copies of the virus.

Freed from that viral burden, the patient soon began to improve rapidly. His own immune system began fighting off the remaining virus, and he no longer needs dialysis or a ventilator. The patient is walking and waiting to be released from the hospital.

Geiger stresses that it’s not clear yet whether the Hemopurifier alone was responsible for the patient’s recovery, since he was given other experimental therapies, but the amount of virus removed from his body and his rapid recovery after the filtration suggests that it at least played a role in helping him survive his infection.

While puling viruses out of infected individuals has never been tried before, Geiger believes it will be an important strategy for treating not just Ebola but other vial infections as well, including HIV, hepatitis and even influenza. “It’s a very interesting concept. The big advantage is that the plasma is filtered, and only the virus is removed and the other plasma components like immune cells go back to the patient. That’s important because with viral infections, the patient is in a reduced immune situation.”

The device works with most standard kidney dialysis machines, so Geiger says most hospitals would have no problem using it. And his team have worked out the mechanics of setting the blood flow to the proper levels to ensure the filter works at its best. “We have all the data that could be applied at other centers and for other users of the device,” he says. 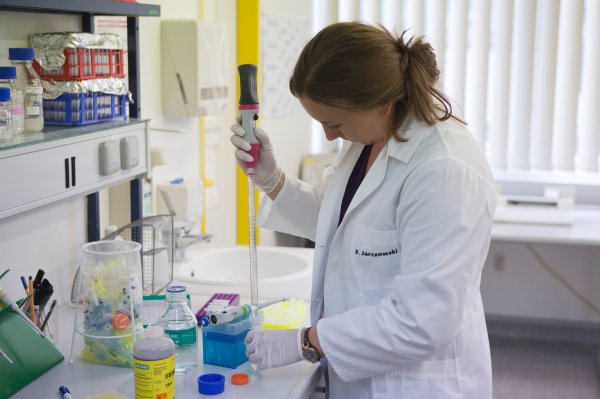 WHO: These Are The Most Promising Ebola Treatments
Next Up: Editor's Pick