The Untapped Potential in Science Fiction

If we can end the elitism and teach more science fiction to teenagers and young adults, we can change the world. This assertion, while bold, may not be hyperbolic. When asked why she starting writing science fiction, the late legendary writer and MacArthur Grant winner Octavia Butler once told Charlie Rose, “Because there are no closed doors, no walls.”

Sci-fi has a reputation for being a clubhouse for white-boy nerds, but for Butler, an African American woman from Southern California who endured a series of degrading low-wage jobs while developing her voice as a writer, reading and writing science fiction actually enabled her to transcend racism and sexism. Science fiction—by letting her imagine and create new worlds on the page—was a conduit to feelings of citizenship. You can’t be an outsider hero without the hero. From Lauren Olamina, Butler’s hyper-empathic heroine in Parable of the Sower, to George Orwell’s Winston Smith, sci-fi’s outsider heroes interrogate systems of power. Their means may differ, but the end is rarely just the nihilistic destruction of those with power. They almost always aim to bring themselves and others into a better system, often of their own making. They are outlaws with a purpose, rebels with a cause.

For an outsider genre, science fiction is pretty mainstream in the classroom these days. Common Core standards acknowledge it, along with its cousins speculative fiction and fantasy literature, as acceptable content in Language Arts curricula. Many of the current generation of professors in English Departments grew up watching Star Trek and The X-Files, including University of Maryland English professor Lee Konstantinou, who feels that science fiction novels and films help students to process big-picture questions, especially “risk, political conflict, and social and technological systems.” Konstantinou is a contributor to Hieroglyph: Stories & Visions for a Better Future, a recent anthology co-edited by Ed Finn, founding director of the Center for Science and the Imagination at Arizona State University, that goes to the heart of why I think teaching science fiction to more students can change the world: because science fiction productively embodies difference and illustrates emerging technologies, giving students enough of each so that they may interrogate these elements in both the fictional and the real worlds. Finn teaches sci-fi texts as disparate as E.M. Forster’s 1909 short story “The Machine Stops”—which anticipates much of the networked 21st century in its formulation of mechanical interconnectedness—and Neal Stephenson’s 1995 novel The Diamond Age—which projects Forster’s Victorian moment forward into the age of nanotechnology. The refrain he hears from students in courses ranging from seminars in digital culture to composition: “I didn’t know I was allowed to do this, to be creative in this way.”

No matter how popular it gets, science fiction has maintained its ability to stir debate. Over the last few years, a consensus has been building around the idea that what happens between the covers of science fiction books and what happens in real life may be more connected than we think. Scientists, writers, and policymakers are coming together to grapple productively with this possibility. Cultural critics like Judith Shulevitz see in science fiction a possible solution to the much-discussed crisis in the humanities (or at least as a good reason not to charge English majors higher tuition than engineering students). As much potential as science fiction has to connect the humanities with STEM fields, its unique blend of fantasy and research offers an even more radical opening for inclusion, best articulated by Butler: “You get to write yourself in, whether you were part of the mainstream society or not.” Stories often function as a space where author and reader find self-actualization. While creating a different world through writing or inhabiting one through reading is a powerfully visceral form of belonging for anyone, and science fiction has a unique ability to provide outsiders and outcasts with a language to talk about their lives and to one another. Whether or not anyone looks or talks like you at school, on TV, or in the movies doesn’t matter when you’re dealing with time travel, extra-terrestrials, or alternative universes. If we can assign more texts to students that ask them to let go of the everyday shorthand for finding themselves in a story, they often open themselves up to deeper and more surprising ways to relate to each other.

This approach resonates with Alondra Nelson, Dean of Social Science at Columbia University and author of the forthcoming book The Social Life of DNA: Race, Reparations, and Reconciliation after the Genome. For Nelson, asking students to read themselves into the stories of science fiction creates the opportunity for dialogue that “allows for generative re-imaginations of what students are doing outside the classroom.” As an example, she points to Butler’s 1979 novel Kindred, in which the protagonist—who many say is a stand-in for Butler herself—is pulled backward in time against her will from 1976 California to the 19th century slave plantation of her ancestors. “Part of the time travel in Kindred is that she got to be better at telling when it was coming,” says Nelson, who sees in this plot point a ready metaphor for racial politics in the 21st century. Progress gets disrupted by what she calls “moments of capture,” when “we are snatched back into the reality of…these moments of Trayvon Martin and Michael Brown that are reminders that take us back to Emmett Till.” Nelson observes that science fiction, regardless of what department the class is in, fosters among students a compelling kind of intellectual re-mixing—what she calls for her own work “South Central LA meets genetics”—that empowers them to connect their studies in in English, sociology, engineering, law, and elsewhere with activism.

At the same time that Nelson and other professors report that science fiction has outgrown the English Department, policymakers in the arts and beyond are noticing its potential for networked thought across institutions. Bill O’Brien, Senior Advisor for Program Innovation for the National Endowment for the Arts, finds in science fiction (and other fantasy genres, like animation) an echo of American playwright Eugene O’Neill, one of his favorite writers, in the ways both “pull back the veil on the mysteries that drive the human condition.” Science fiction, he points out, “adds another layer of imagining where those mysteries and drives are taking us.” What O’Brien is getting at is that investing resources—including imagination—into the intersections of art, science, technology, and health will help us understand creativity as a resource that can be “exercised and optimized in fresh ways.” The right to imagine a new world is perhaps the boldest act of citizenship.

Rather than a one-way bridge from literature to STEM that will save the humanities, O’Brien’s comments suggest that critics, policymakers, and educators should see in science fiction the prospect of a highway between them with multiple lanes of dialogue and inspiration that could save much more than that. The key here isn’t just that science fiction allows marginalized people to write themselves into the story, it’s that science fiction novels, stories, films, and series increasingly invite marginalized people to read themselves into the story, to imagine themselves as participants and agents in changing the systems of culture, technology, and politics that govern their lives. To change the world, students have to believe that change is possible in the first place. Science fiction gives them a tangible vision of that change, for better and for worse, and invites them to use their imaginations to read themselves into the story.

Jane Greenway Carr is an ACLS Public Fellow and Contributing Editor at New America. She holds a PhD from NYU, where she has been a lecturer and done research at the intersections between U.S. literary and cultural history and social and political activism. This piece was originally published in New America’s digital magazine, The Weekly Wonk. Sign up to get it delivered to your inbox each Thursday here, and follow @New America on Twitter. 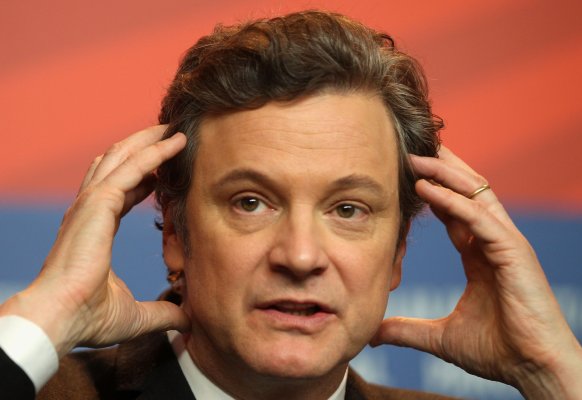 You Can Buy Mr. Darcy's House
Next Up: Editor's Pick