Why ISIS Can Survive Without Baghdadi

Amidst speculation that U.S.-led airstrikes had last week killed or injured Abu Bakr al-Baghdadi, the leader of the Islamic State of Iraq and Greater Syria (ISIS), the group released an audio message on Thursday from Baghdadi himself where he called on his supporters to “erupt volcanoes of jihad”, saying ISIS would “never abandon fighting”, adding: “they will be triumphant, even if only one man of them is left.” While Baghdadi apparently was not killed in last week’s raid on the Iraqi city of Mosul, the rumors nonetheless raised the question: can ISIS survive and thrive without its mysterious frontman?

“Baghdadi is more like a CEO than a traditional battlefield leader,” says Justin Dargin, a Middle East scholar at the University of Oxford. Unlike the late al-Qaeda leader Osama bin Laden, Baghdadi does not present himself as a charismatic, messianic leader to his followers. A November report from security intelligence firm The Soufan Group agrees, saying Baghdadi “has not needed to be a visionary or a natural leader, just strong enough to impose his will more effectively than anyone else.”

Nicknamed “the invisible sheikh” by his followers, Baghdadi has been careful to reveal very little about himself, aside from a few videos released by ISIS, and even reportedly wears a mask when addressing ISIS fighters. Experts say this is partially a response to what happened to other leaders who were hunted down once their secret locations were discovered, including his predecessor Jordanian Islamist Abu Musab Al-Zarqawi, who was killed in a U.S. bombing raid in 2006. Baghdadi reportedly went to Afghanistan in the late 1990s with Zarqawi, who went on to found al-Qaeda in Iraq, the group that would eventually become ISIS.

As a member of Zarqawi’s terrorist group, Baghdadi was picked up and detained for five years by the U.S. in Camp Bucca in Iraq in 2004, where many al-Qaeda commanders were jailed. “”Prison sentences are opportunities for these people to meld ideologies, to develop friendships, to develop trust,” says Lauren Squires, research analyst at the Institute for the Study of War in Washington D.C. “Camp Bucca is where [Baghdadi] actually met a lot of his closest cohorts that are in ISIS now,”

Once a somewhat peripheral figure, Baghdadi has now become ISIS’s leading man, playing an instrumental part in gathering support for the militant group as it established its self-proclaimed caliphate in June. “He became a very public face to this organization that was rapidly growing,” says Squires, referring to Baghdadi’s notorious appearance in a video leading prayer at a mosque in Mosul in July. “So he was important in unifying and developing this group to get it off the ground.”

MORE: How to financially starve ISIS

Baghdadi also claims to be a direct descendant of the Prophet Mohammed, naming himself “Caliph Ibrahim” in July, ruler of the Islamic State caliphate which gives him further legitimacy among the organization’s followers.

But Paul Rogers, professor of Peace Studies at the University of Bradford in the U.K., points out that while Baghdadi is very important, ISIS “is an organization that is both adaptive and robust.” Squires agrees, saying that the old Western strategy of cutting off the head of a snake no longer applies, because of how resilient ISIS has proven to be. Data from IHS Jane’s Terrorism and Insurgency Center suggests that the U.S.-led coalition has failed to slow down the number of ISIS attacks, and body counts are higher than ever before. In Baghdadi’s recent audio message he claimed that “America and its allies are terrified, weak, and powerless.”

That resilience comes from the fact that the core leadership of ISIS is primarily made up of professionals who were elite members of Saddam Hussein’s Baathist government in Iraq. That gives the group a clear command and control structure, says Dargin.

Unlike al-Qaeda’s affiliate-based system, which operates through more independent cells in different parts of the world, ISIS is located in a tighter geographical area and has a more government-like, bureaucratic structure. That includes two major military and administrative bodies: the Shura Council and the Sharia Council. “What’s different [from al-Qaeda] is that the structure falls underneath one central command,” says Squires.

This leads her to believe that the most effective way to degrade a terrorist organization like ISIS “is by hitting the mid-level to senior-level leadership” repeatedly, in order to remove that echelon and ensure the group will not be able to reconstitute its leadership—rather than focusing solely on Baghdadi.

MORE: ISIS is minting its own money

Researchers tell TIME that it’s very difficult to identify who would be the next viable successor in the event of Baghdadi’s death, but that they are certain ISIS has contingency plans and that it would only be a temporary setback for the group, especially in practical terms. “It is extremely important to remember that ISIS considers itself a “state,” and while it is not a state such as is recognizable anywhere else in the world, it would not allow itself to collapse because of the death of one leader,” says Dargin.

The death of Baghdadi could also feed into the religious beliefs of ISIS followers who extol martyrdom. Indeed, Squires believes his death may even increase “the global jihadi incentive to join and conduct retaliatory attacks.”

Of course, if Baghdadi is killed, many within ISIS and outside it may see his death as a strategic blow against the terrorist organization—and a successful attack would surely be trumpeted by the U.S. But as the group continues to increase its stronghold in Iraq and Syria, it seems that ISIS will remain a threat to the region for quite some time—with or without Baghdadi.

Read next: Obama Authorizes Deployment of 1,500 Troops to Iraq 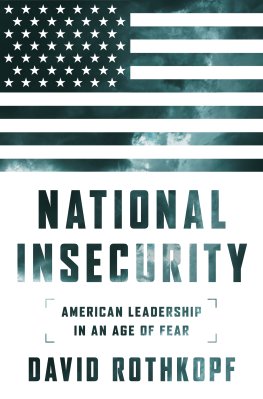 Why the U.S. Can't Beat an Army the Size of a Junior College
Next Up: Editor's Pick