Suffer the Children: Saying "No Thanks" to TV's Child-in-Peril Stories

Early in the first episode of the Starz miniseries The Missing (premieres Nov. 15), the worst happens, as it does so often on TV these days.

Tony and Emily Hughes (James Nesbitt and Frances O’Connor) are on holiday in a rural French town in 2006 when their five-year-old son, Oliver (Oliver Hunt), disappears in a crowd. He is, apparently, abducted; as the story flashes forward to 2014, they have never seen him again.

In between, they’ve lived eight years of agony. After the investigation goes cold, they’re left to torment themselves, wondering if Oliver is dead, and if so how, and if not–what might their baby have gone through for eight years, what might he be going through now? It’s hard to say which would be the mercy, but in their present, mercy is a remote concept.

I’ve watched the five episodes that Starz sent me of The Missing (there will be eight in total), and it’s very good, a swift-moving crime thriller that also takes the time to measure the effects of the crime on Tony and Emily’s marriage, their state of mind, and the lives of the French townspeople who were drawn into the investigation and may be again. Tony, who’s become a walking open wound, aching and refusing comfort, has returned to France, chasing another in a series of leads he’s been obsessively pursuing for eight years–only this one seems to pan out.

As he joins with Julien, the now-retired investigator on the original case (Tchéky Karyo), they begin to unravel a timeline and a chain of secrets, drawing closer, but to what, exactly? As the revelations mount, you itch for an answer, and dread it. We’ve trod this grim ground in a lot of British and European crime series lately, but The Missing is adept at showing the wear on the Hugheses and the disorienting nightmare of searching for a lost child in a foreign country. The Missing isn’t great, entirely original, or indispensible, but–I want to be clear and fair here–it’s very good.

And yet. Would I have watched it if it weren’t my job? Hell no.

This is not The Missing‘s fault so much as it is mine. We all have our not-for-me markers with fiction: mine is kids in peril. It’s not that I can’t appreciate, even enjoy a series based on it; Broadchurch, about the aftermath of a child’s murder, was one of the best things I saw on TV last year. But when I’m off the TV-critic clock, these shows need to clear a much higher bar for me. (Which is why I didn’t continue with Broadchurch‘s perfectly decent adaption Gracepoint; once was enough.)

It’s easy to say this and sound sanctimonious. But this isn’t a moral judgment. My squeamishness doesn’t make me a more sensitive soul or a kinder person or a better parent than anyone else. And though I hate shows that use the child-in-peril for easy dramatic stakes, this isn’t a moral judgment on The Missing. This show isn’t cheaply exploitative; just the opposite, it’s highly conscious of what losing a child does to a parent, how it never stops doing damage, even after years. The Missing is well aware of the consequences of its central crime, which is the right thing for the story but all the tougher to take.

In the grand scheme, TV is more authentic, not to mention compelling, when you know that there’s no artificial safety net around topics like endangering children. But Jesus–lately, TV has practically replaced the safety net with a trap door. For a bad crime show, killing or harming a kid can be a lazy way to show that you’re willing to “go there.” But even very good series are now going there, over and over and over.

Kids were collateral damage in Breaking Bad. True Detective led to a ghastly story of ritual child abuse, and it was haunted by the long-ago death of Rust Cohle’s toddler daughter. In Netflix’s excellent British import Happy Valley, the protagonist, who has never recovered from the rape and suicide of her daughter, investigates a grim case that puts other people’s children in mortal danger. In Showtime’s The Affair, not only is Ruth Wilson’s Alison mourning her child, who drowned as a toddler, but in the pilot Dominic West’s Noah witnesses his son’s (simulated) suicide and his daughter’s near-death by choking (which we see twice). Game of Thrones chucked a child out a window in its first episode. The Walking Dead–if you don’t know, don’t ask.

Harming children in a story is never a gentle nudge. It pushes an audience to extreme reactions. The death of a child upends a sense of natural order, it makes the world feel broken. The rage and helplessness it causes makes you want to find someone to blame–the creators who protray the violence, the audiences who enjoy the show. I could probably get more attention for this essay, and plenty of likes, if I gave it one of those finger-wagging headlines that social media loves: “Hey TV, Stop Killing Kids!” or “Sorry, Fans, the Death of a Child is Not Entertainment.”

TV doesn’t owe me that, though. It’s one of fiction’s jobs to face the worst of experience, not to leave an unexplained hole in place of terrible crimes, illnesses and accidents that–would that it were otherwise–do happen. Stories that handle the material with respect and awareness of its lasting consequence do a service; beyond the general role of art to reflect human experience, they provide a kind of emotional disaster preparedness.

But it’s also not anyone’s job as a viewer, or as a human, to face the worst in fiction, much less repeatedly. Again, I get why someone might make this argument. Like real-life violence–see the debate over watching terrorist beheading videos–the outrage that a fictional atrocity provokes makes people want to react morally one way or another. Either it must be a violation to portray this thing, and to watch it; or it must be an obligation, a mark of bravery, to bear witness. The counter-moralizing response to the one I talked about above is: you owe it to others–to real people who suffer and die–to confront this stuff. If you avoid certain kinds of dark material, you’re avoiding life, you’re in denial, you’re a wimp.

I have to side with the wimps here. Earlier this year, after watching a run of particularly unsettling stuff–maybe murders, maybe rapes, who can keep track now–I tweeted, “I watch a lot of disturbing TV. But I totally get ‘I’m tired of [unpleasant thing TK]. TV’s not a chili-pepper-eating contest.” There is no shame in saying: you know what, tonight I think I’ll just have the ice cream.

As for The Missing: if you’re up for an emotionally raw crime story that never lets its thrills hide its emotional repercussions, I can recommend it. And I hope you’re satisfied with the ending, which I will probably not stick around for. Every once in a while, I have to decide that my own nightmares are enough without borrowing someone else’s. 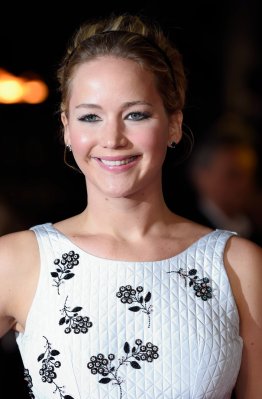