College Application Essays Don't Matter as Much as You Think

By Charlotte Alter and Julia Lull

Parents: sit down before you read this. Kids: deep breaths. You know that beautifully crafted, deeply felt, highly unusual college application essay you’ve been polishing? It might not make a difference for your college admission chances.

Stanford sociologist Mitchell Stevens spent 18 months embedded with admissions officers at an unnamed top-tier liberal arts college and found that, even in cases where students were within the admissible range in terms of scores and grades, officers rarely looked to the personal essays as a deciding factor. He wrote about his experience for The New Republic, and here’s the most interesting part:

And even Joan Didion herself wouldn’t get into college on her writing skills if she had lackluster grades or scores. The officers told me they did sometimes look to the essays to explain weaknesses in the application (like if there was a year of bad grades that coincided with an illness,) but they said that kind information was usually best kept in the “additional information” section of the application.

Some officers recalled moments when they were so moved by an essay that they advocated for the student to be admitted despite other weaknesses on the application, but none had ever recalled a time where that strategy had worked. “There were a couple of incidents were I really wanted to admit a student and recommended that they move forward because their writing and personal qualities were so interesting, but I was not successful,” says Shoshana Krieger, a counselor for Expert Admissions who formerly worked in the admissions office at the University of Chicago and at Trinity University in San Antonio, TX. “There are certain cases where if a student is simply too far off academically, it’s then just not going to make a difference.”

“I never saw a phenomenal essay suddenly make up for everything” Heaton agreed. “These days, there’s just so little wiggle room to be able to make that call.” She also noted that it looks suspicious when a kid with mediocre grades and scores submits a spectacular essay, and raises doubts that the student might not have written it herself.

Later in his piece, Steven notes that the college essay may be more of a psychological outlet than a practical asset in the college application process, since it’s one of the only things that’s still in the applicant’s control during the fall of their senior year (most of their transcript and scores are already behind them.) Joie Jager-Hyman said she agreed with that assessment. “There’s so much anxiety right now in the air,” she said. “It’s the thing they feel like they have power over.” She also noted that focus on the essay could help kids become better writers in the long-run, even if it might not necessarily make or break their college admissions chances, and “that’s not totally a bad thing.”

So even if all the revising and nitpicking on the college essay may not help your kid get into college, it will almost certainly make him or her a better writer. So don’t put away that red pen yet.

Correction: The original version of this post misstated the location of Trinity University in Texas. It is in San Antonio.

Write to Charlotte Alter at charlotte.alter@time.com and Julia Lull at julia.lull@time.com. 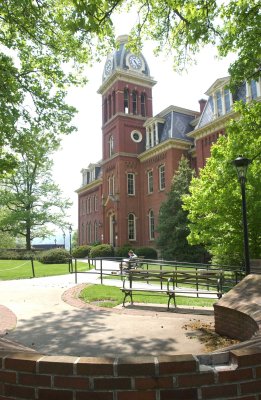