Twitter Is Junk, While Alibaba Is Class, Ratings Agencies Say

The credit ratings agencies have passed their verdict on the business models of Twitter Inc. and Alibaba Group –and the comparison doesn’t make the micro-blogging service look good.

That’s a pretty clear comment on the relative ability of the two companies to turn the strong growth that both expect into firm revenue streams. It’s also a comment on the credibility of the promises Twitter made at its analyst day this week. The company’s stock had risen over 7% after it outlined its plans, but lost 5.9% Thursday, due partly to the bucket of cold water provided by S&P.

According to S&P’s Andy Liu, Twitter needs a broader revenue base and higher profitability if it wants a higher rating. Twitter’s chief financial officer Anthony Noto had said Wednesday that revenue in 2014 could be 10 times what it is today, but ratings agencies, unlike star-struck stockmarkets, tend not to take these things on trust. A BB- rating, according to S&P, reflects “major ongoing uncertainties and exposure to adverse business, financial, or economic conditions.”

That’s where the comparison with Alibaba really hurts. Growth opportunities in China can look very different if your core mission is just to get stuff sold, rather than to get news to spread like wildfire. Twitter has been banned in mainland China due to fears about its ability to spread dissent.

Things could hardly be more different, of course, for Alibaba, which is set to borrow $8 billion from institutional investors next week. Neither S&P nor Moody’s, which gave Alibaba an equivalent rating, see a material threat to its market dominance in China or to its cash pile–despite the company’s already obvious penchant for expensive acquisitions and heavy investment budget. Those factors have already gobbled up one $8 billion credit facility.

And the fact that Alibaba is 90% dependent on a home market that is slowing, while acknowledged as a risk, doesn’t seem to scare the agencies.

In short, the agencies seem to be saying, whatever the business, whatever the technology, Alibaba’s jam today is a safer bet than Twitter’s jam tomorrow. 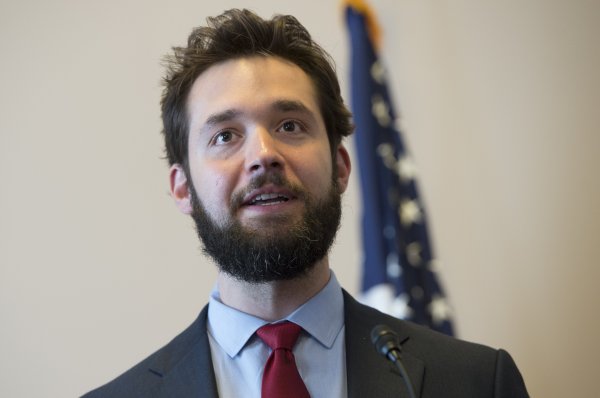 Reddit Co-Founder: I Can Bring 'Stabilizing Presence' to Site
Next Up: Editor's Pick