Report: Obama Set to Go It Alone on Immigration

President Barack Obama is poised to unilaterally overhaul American immigration policy, according to several reports Thursday, in a long-anticipated move that would ignore his Republican critics and could allow up to 5 million undocumented immigrants to stay in the country.

The New York Times, citing unnamed Administration officials, reports that Obama intends as early as next week to announce plans to substantially refocus immigration enforcement involving some 12,000 agents and reduce the risk of deportation for millions of immigrants.

As many as 3.3 million parents of children who are American citizens or legal residents would be able to obtain legal work documents under the plan, the Times adds. Many immigrants with high-tech skills or who came to the U.S. as children could also be affected by the plan.

Obama has infuriated Republicans by pledging executive action on immigration if Congress does not pass a comprehensive reform bill. TIME’s Alex Altman wrote this week on the widely expected move, as well as the likely pushback from the soon-to-be Republican-controlled Congress:

Read next: How Ellis Island Changed Before It Closed 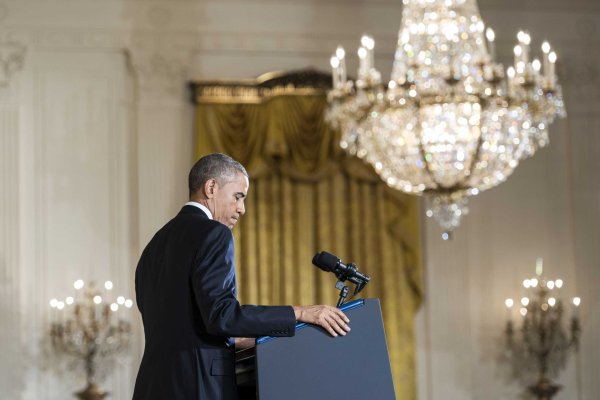 Pressure Mounts on Both Sides as Obama Approaches Immigration Decision
Next Up: Editor's Pick