The Vatican Is Building Showers for the Homeless in Rome

The Pope traditionally washes the feet of the poor on the day before Good Friday. But now the Vatican has unveiled plans to offers bathrooms to the poor all year round.

Rome’s homeless will soon be able to shower in the shadow of St. Peter’s Basilica.

The Vatican plans to build the showers for Rome’s homeless to wash and change, the Vatican Insider, run by the Italy’s La Stampa, reports. It’s also helping ten parishes across Rome provide access to showers.

Pope Francis, TIME’s Person of the Year in 2013, has made poverty alleviation a priority, and this week he called on leaders converging in Australia for the G20 meeting to take responsibility for the “poor and marginalized.”

Read more at The Vatican Insider. 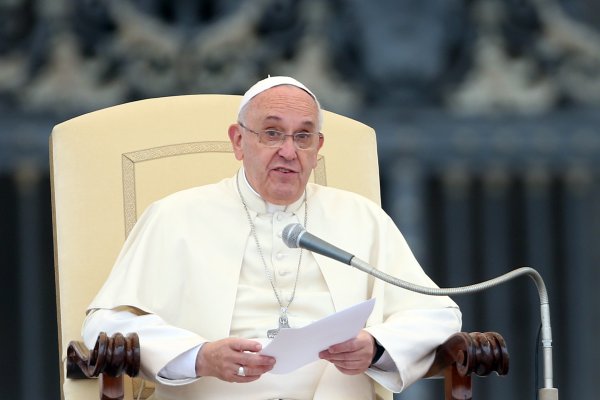 Pope Francis Warns of 'Unbridled Consumerism'
Next Up: Editor's Pick